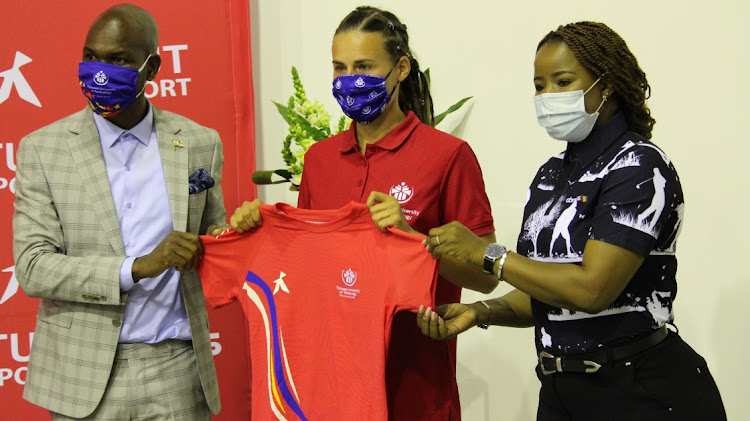 There is an air of optimism for Tshwane University of Technology ahead of the start of their Safa Sasol Women's League 2021 campaign.

Last season, they ended their league campaign in second position with 54 points from 26 matches in the 14-team league.

However, this season TUT want to go one step better and lift the league title ahead of favourites and defending champions Mamelodi Sundowns.

Shadrack Nthangeni, the TUT director of sport and recreation, hosted a farewell dinner for the team at the university yesterday. Nthangeni also announced a new technical sponsor with four-year-old black business-owned sports company Abmias. They signed a one-year-deal with an option to renew it at the end of the season.

“Last season, we came close to winning the title and this year we want to go all the way. Go and make TUT proud,'' said an optimistic Nthangeni.

TUT open their league campaign with a home match at a refurbished stadium against the University of the Western Cape (UWC) in a televised game on SABC on Saturday at 3pm.

Former Banyana Banyana coach Anna Monate, who was appointed as the head team coach five months ago, was officially unveiled to the team. She has assembled a squad of 32 players and is still searching for a few players before she can finalise her team for the new season.

“We have prepared well and you can see the excitement from the players. They cannot wait to get onto the field and play. The start of the league was postponed several times because of Covid-19, but finally, we will play against UWC. We need depth, 26 games are a lot and we promised to come back with the league title," Monate told Sowetan yesterday.

Banyana Banyana coach Desiree Ellis desires to get stronger opponents in the next Fifa week after cruising in recent friendlies against Zambia and ...
Sport
1 month ago

After they failed to qualify for the Olympic Games in Tokyo in July, Banyana Banyana want to redeem themselves by qualifying for the Africa Women's ...
Sport
1 month ago
Next Article