Banyana legend keen to inspire girls to succeed in sport 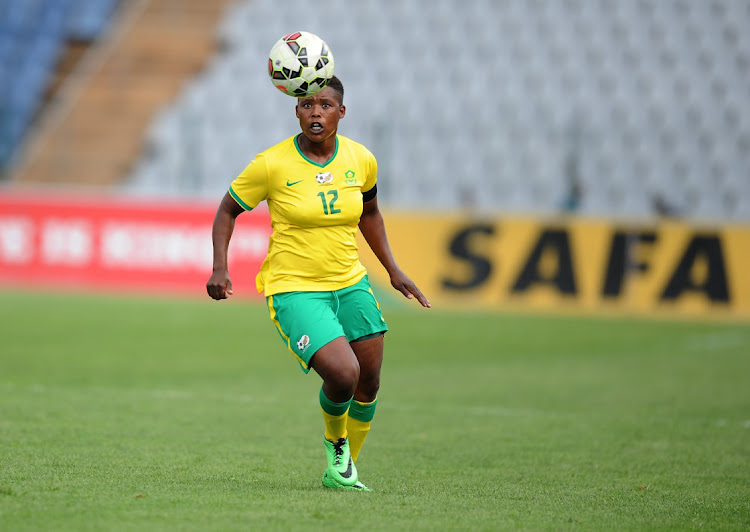 Portia Modise of Banyana Banyana during the All Africa Games qualifier match between the South African Womens National team and Botswana at Dobsonville Stadium on April 11, 2015 in Soweto, South Africa.
Image: Gallo Images

Banyana Banyana's record goalscorer Portia Modise does not want to be lost to football. The former SA Sports Star of the Year award recipient is on a mission to unearth new talent.

The outspoken Banyana legend will launch her foundation, the Portia Modise Foundation, in Dobsonvile, Soweto, tomorrow. Her former teammates and coaches will conduct a coaching clinic for children from the age of 10 during the event.

Modise, 37, scored 102 goals for her country to cement her status as one of the best female footballers to come out of Africa. Modise retired in 2015, but she wants to mentor young girls to pursue their football careers and to surpass her achievements.

“When I stopped playing the thought of starting a foundation crossed my mind but I was waiting for the right time to launch it. Tomorrow is the right time. I want to leave a legacy and help aspiring female footballers make their dreams come true. I would like to assist them with coaching, school and skills development,” Modise told Sowetan yesterday.

She said she has a passion for the sport and would like to see aspiring footballers succeed. Modise is pleading with sponsors to come on board to help her to make a difference to a girl child.

“I want to tell them that women also put in the same amount of work into their football as men. We make sacrifices too. I want the stars of tomorrow not to tell the same story as me and tell a different story that will inspire a generation. I want to help them to go to school because in SA nobody takes women's football seriously. I want them to buy houses and cars just like the male soccer players,” explained Modise.

Modise said she went through abuse during her time as a footballer, being called a man and wants that to change that.

“I experienced abuse and was called names and want to protect tomorrow's stars. However, today my achievement speaks for itself. I am excited about the development and want to rekindle development in grass roots [football] with the assistance of former players and coaches.”

EFF's ultimatum to Safa: no Bafana matches in SA unless Banyana are paid R50 000 appearance fee each

The Economic Freedom Fighters (EFF) have delivered a list of demands to the SA Football Association (Safa) that include an appearance fee of R50 000 ...
Sport
1 year ago

She has been calling for fair pay
Sport
3 years ago

Rising star is 'the next Portia Modise'