Coach speaks out against bullying 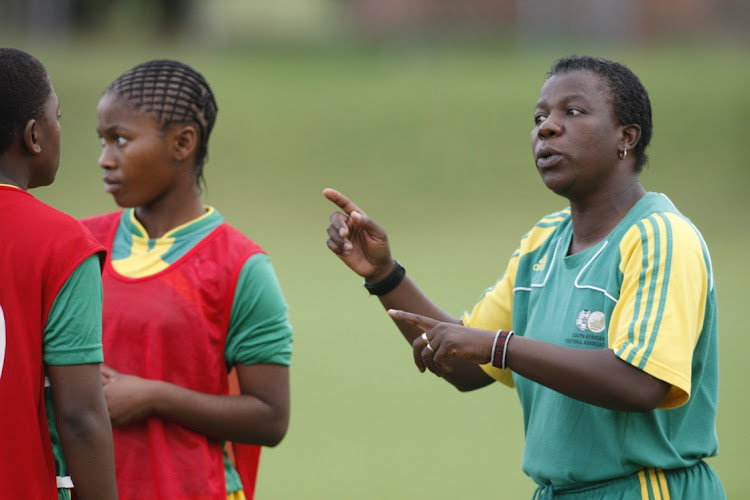 TUT head coach Anna Monate says she was bullied and mocked for her 'tomboy' looks during her time as a footballer
Image: SUPPLIED

Former Banyana Banyana coach Anna Monate says she was bullied and mocked for her "tomboy" looks during her time as a footballer.

Monate, who joined the Tshwane University of Technology (TUT) as their football team head coach last month, wants to win the Safa women’s league next season. The 52-year-old retired midfielder collected 21 international caps and scored six goals for Banyana. She retired in 2001.

Monate has an A-licence coaching badge and is currently completing a pro-licence.

Monate, who discovered the SA Under-17 coach Simphiwe Dludlu as a 13-year-old during her time as the Mamelodi Sundowns coach, said she had secretly been watching the TUT team.

The Ga-Mashashane-born, Limpopo, coach is married with two children, Johannes and Khutso. “I am happy to be  part of the TUT family. I have been secretly watching their football team for the past three years without anyone noticing. We start our pre-season training in two weeks," said Monate.

My strict mom is now my No 1 fan – Holweni

As a child, Banyana Banyana budding star Sibulele Holweni had to dribble her mother Miranda with lies in order to get permission to play football.
Sport
10 months ago

She spent nine years representing her country and became an interim coach from 2006 until 2008.  Her football journey started when she joined Sundowns in 1992. Safa officials Fran-Hilton Smith and Anastasia Tsichlas paved the way for her to become a professional coach.

Monate wanted to become a housewife, but things changed in 2002. She attended a level two coaching course with Sundowns co-coach Manqoba Mngqithi.

“I was called names and bullied and told that I look and behave like a boy. The bullies stopped when I got married and had children. This thing of abusing Banyana players and calling them boys needs to stop. It crushes their confidence,” she said.

Monate helped to put the Sundowns women football structures, and today they are reaping the rewards of her hard work. In 2002 she won the Cosafa Under-20 title in a team that had the likes of Banyana star Noko Matlou.

Monate said the difference between the Banyana of her time and now was the salary and opportunity. The retired school teacher said the players had to study and plan for life after football.

“Today Banyana players have the opportunity to go overseas and earn a better salary. We did not have all that. They qualified for two Olympics and played in a Fifa World Cup, and we never got exposed to that. I urge them to study and save the little they make,” Monate added.

Plans are underway to ensure that Bafana Bafana and Banyana Banyana players are paid the same amount for representing the country on the ...
Sport
10 months ago
Next Article