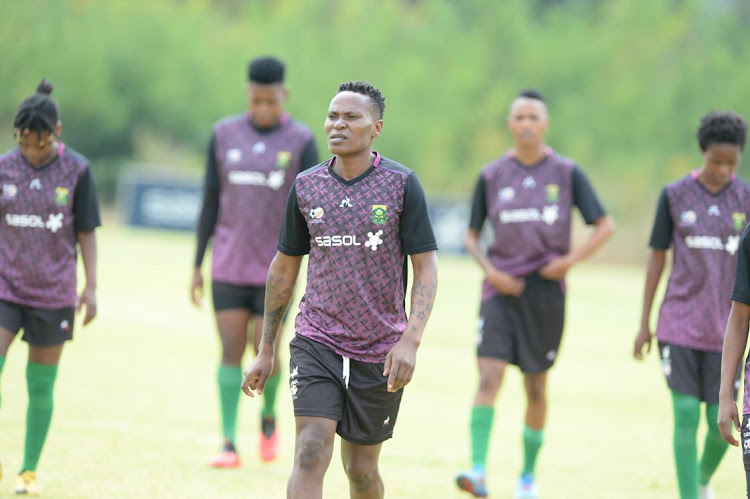 After they failed to qualify for the Olympic Games in Tokyo in July, Banyana Banyana want to redeem themselves by qualifying for the Africa Women's Cup of Nations in Morocco in 2022. Banyana's longest-serving player Noko Matlou and head coach Desiree Ellis want to salvage pride by booking their spot at the Nations Cup.

But the squad that is mostly made up of locally-based players will first play two friendly games against Olympic-bound Zambia and Botswana at the Milpark Stadium on Saturday and Tuesday. Both matches will kick off at 3pm.

Matlou, who plays her football for SD Eibar in Spain, said it is good to be back in the team and she is looking forward to the two friendly matches.

“We play in a tough league week in and week out and my experience will help the youngsters as some are new to the team. The local players will showcase their talent to the coaches and raise their hands for future selection and I will be here to help them," Matlou said.

She advised local players to work hard so that they can get to play overseas. “It hurts to miss out on the Olympics having been there in 2012 and 2016. I am excited to play in these two matches as they will help us to prepare for the Nations Cup qualifiers later in the year," explained Matlou.

“We have to qualify for the tournament in Morocco and the World Cup in Australia and New Zealand in 2023. It is not good to always train alone and we are happy to camp together as a team again. It's good to be home, see different faces and see what the future of Banyana has in store for us," said Kgatlana.

Ellis added that she is over the moon that they were able to organise friendly games. “We are looking forward to the two games. Zambia have been in camp for a while and are further into their preparations because they are going to the Olympics, and Botswana have been in camp for two weeks. We are excited that we can play after such a long time," said Ellis.

Banyana Banyana's record goalscorer Portia Modise does not want to be lost to football. The former SA Sports Star of the Year award recipient is on a ...
Sport
1 year ago
Next Article