Bucs bounce back with 2-0 victory over Maritzburg 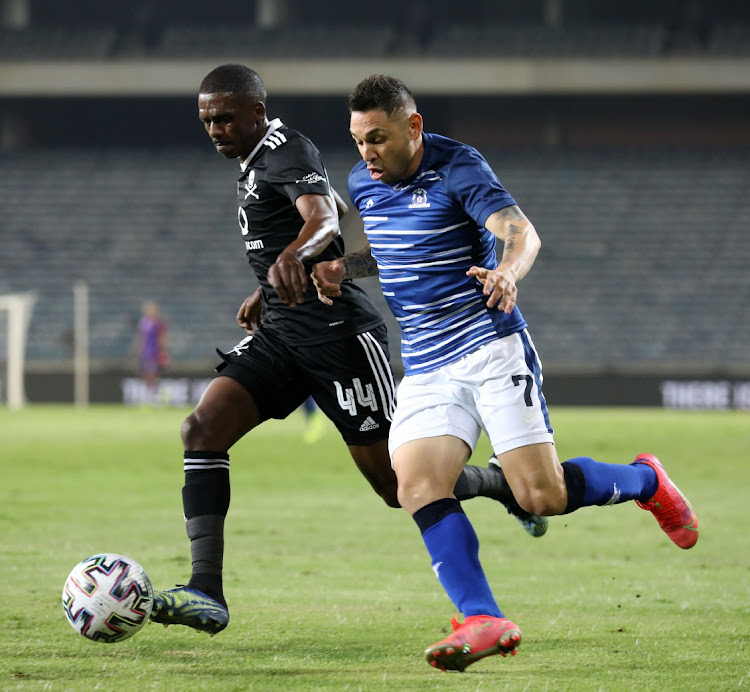 Orlando Pirates bounced back from their embarrassing 1-4 defeat to Mamelodi Sundowns by beating Maritzburg United 2-0 in the DStv Premiership match at Orlando Stadium last night.

A second-half brace from substitute Vincent Pule was enough to seal all three points and a perfect response from that humiliation they suffered to Sundowns in the Nedbank Cup quarterfinal on Thursday. Pule replaced the ineffective Ben Motshwari at the interval and didn’t take long to make his mark in the game.

The victory saw Pirates move to fourth on the log standings with 38 points from 22 matches, while Maritzburg remained 13th with 20 points from 21 games.

The Team of Choice came into this match high on confidence after trouncing Chippa United 5-1 two weeks ago and were unbeaten in five games before last night’s match. It was the visitors who started brighter with Pirates showing some nerves earlier and looked to have not recovered from the humiliating defeat.

Maritzburg would have been ahead by three goals in the first 15 minutes of the match had they converted their chances, but were not clinical enough. They were pressing Pirates high and forcing them to commit errors, but failed to take full advantage by converting their opportunities.

Pirates started to settle in the game late in the second half and were asking questions. Deon Hotto should have scored twice when he got behind Maritzburg's defense but missed those chances. The Buccaneers finished the half stronger and looked to have recovered from their nervy start.

Pirates upped the tempo in the second half and continued to create chances, and finally found the breakthrough in the hour mark when Pule connected from Fortune Makaringe cross to make it 1-0.

Following the goal, the Buccaneers then sat back to protect their lead and invited pressure from Maritzburg, and waited to catch them on the counter-attack. Maritzburg had few chances to equalise but were let down by poor finishing. They were made to rue those missed chances as Pule completed his brace in the 78th minutes benefiting from a howler from Maritzburg goalkeeper Marcel Engelhardt. The keeper misjudged the ball that bounced in front of him, only for Pule to head into an empty net to make it 2-0 and seal the points.

Following the heavy 4-1 loss to Mamelodi Sundowns‚ Orlando Pirates coach Josef Zinnbauer has turned his attention to the final push in the DStv ...
Sport
1 year ago

On the back of an all-around superb display throughout the match at Loftus Versfeld Stadium yesterday, Tshakhuma Tsha Madzivhandila goalkeeper ...
Sport
1 year ago

Another extra spice to this evening’s Nedbank Cup quarterfinal showdown between Mamelodi Sundowns and Orlando Pirates at Loftus Versfeld is that both ...
Sport
1 year ago
Next Article