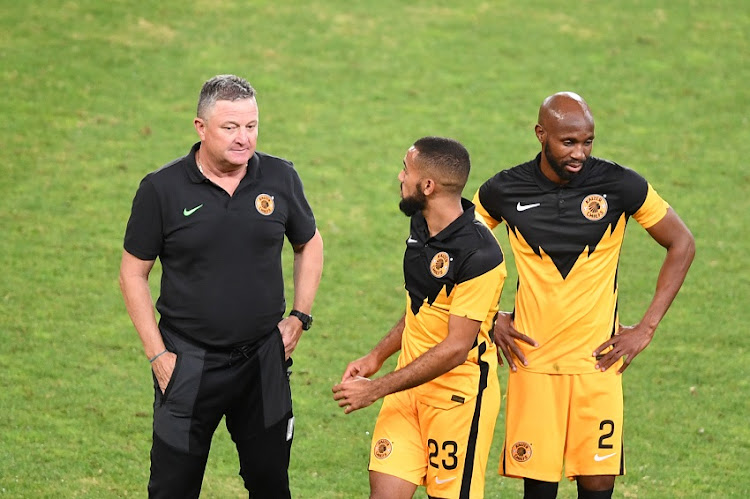 Kaizer Chiefs coach Gavin Hunt was disappointed that they did not get a penalty in the first half in their drawn DStv Premiership match against Baroka FC at the Peter Mokaba Stadium in Polokwane on Thursday.

The 1-1 draw kept Amakhosi outside the top eight and Hunt felt striker Samir Nurkovic was tackled harshly when the game was still 0-0 in the first half and Chiefs should have earned a spot-kick.

“The score [ended] 1-1 but we deserved to win the game. I thought we created and we were the better team‚” Chiefs’ coach said.

“But I thought we got a penalty in the first half‚ but we didn’t get anything. Two games or three games in a row now we have been getting in those situations [of being denied penalty decisions] and it’s been blatant.

“It’s so disappointing that‚ because that gives you a lot of the momentum [if you get those decisions].”

Hunt felt his side dominated proceedings and should have protected their 58th-minute lead that came via Lebogang Manyama’s strike. Gangling striker Evidence Makgopa scored Baroka’s equaliser in the 81st minute to deny Chiefs the full spoils.

“We should have killed it off‚ we had two or three great opportunities at the end and over the 90 minutes I thought we were better side‚ but football doesn’t always work like that.”

Hunt was also not happy with how his defence failed to cut out the cross that led to Makgopa finding his sixth goal of the season.

“It was a bit of a deflection but we should have stopped the cross and it goes in and away from where it was going. It goes to the striker’s path. That’s disappointing‚ but it’s football.”

Hunt was‚ however‚ happy that his team avoided defeat and have now stretched their unbeaten run in the league to five matches from one win and four draws.

“It’s a point and we’re moving forward and it’s another game unbeaten and the players have done well - in fact they’ve been great.”

Chiefs are facing Cape Town City at home on Wednesday and victory could take Hunt’s team into the top eight.