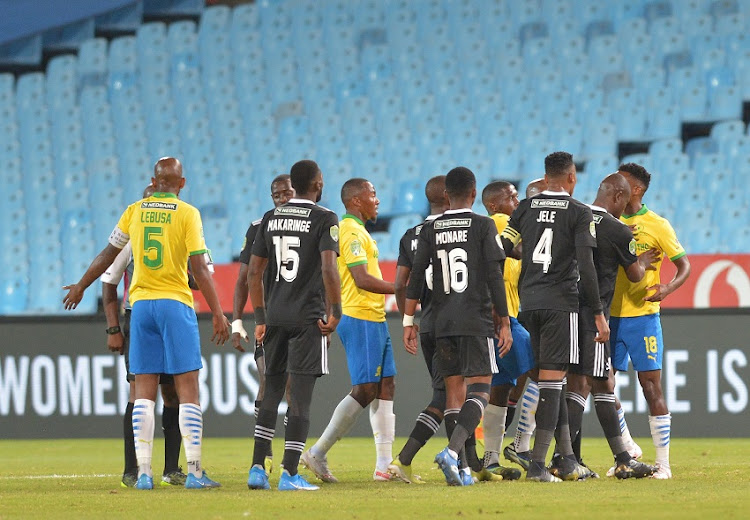 Orlando Pirates head coach Josef Zinnbauer‚ who admitted disappointment at the result and performance against Sundowns‚ said Bucs will focus on their battle for a top three place with AmaZulu‚ Golden Arrows‚ Swallows and SuperSport United.
Image: orlando pirates

Following the heavy 4-1 loss to Mamelodi Sundowns‚ Orlando Pirates coach Josef Zinnbauer has turned his attention to the final push in the DStv Premiership and the Confederation Cup.

The match was tied at 1-1 through goals by Peter Shalulile and Tshegofatsho Mabasa at half time but the Brazilians returned from the break in devastating form to score three unanswered goals from Themba Zwane‚ Lesedi Kapinga and Hlompho Kekana.

Zinnbauer‚ who admitted disappointment at the result and performance against Sundowns‚ said Bucs will focus on their battle for a top three place with AmaZulu‚ Golden Arrows‚ Swallows and SuperSport United.

Also on their agenda is the Caf Confederation Cup where they have a good chance of progressing to the knockout stages as they are leading Group A with matches against ES Setif of Algeria and Enyimba of Nigeria remaining.

“I am very disappointed with the result and the performance – that is clear and I think it is the same with the players also‚” he said.

“We had a chance of going into the next round with a win but we didn’t make it and now the focus is on the league and the Confederations Cup. We have to continue fighting for good results for the remainder of the campaign but we are very disappointed.

“We lost against Sundowns which was not a good result and performance but it was a cup game where anything can happen. Tomorrow is a new day and we have to focus on what is coming in the Confederation Cup and in the league. We have to accept this defeat and move forward‚ even though it is not good.”

Pirates received stinging criticism from the fans for the manner in which they imploded in the second half where but Zinnbauer said his players tried their best.

“During the game you have to be strong and in the right moment – this is the thing that Sundowns did better in the game. They found the lines and at the moment they are enjoying a good run of form and they score goals almost every game.

“This is the reason why in the first 10 minutes we were not in the game and we gave them the goals in the second half‚ which made it difficult for us to come back.

“Sundowns produced a good performance and it was not enough today [from Pirates] for winning this game. I don’t think it was not the hunger because the team wants to win.

“We know the performance was not enough but Sundowns are leading the Champions League and in the domestic league and they are in a top shape and it is not easy against them.”