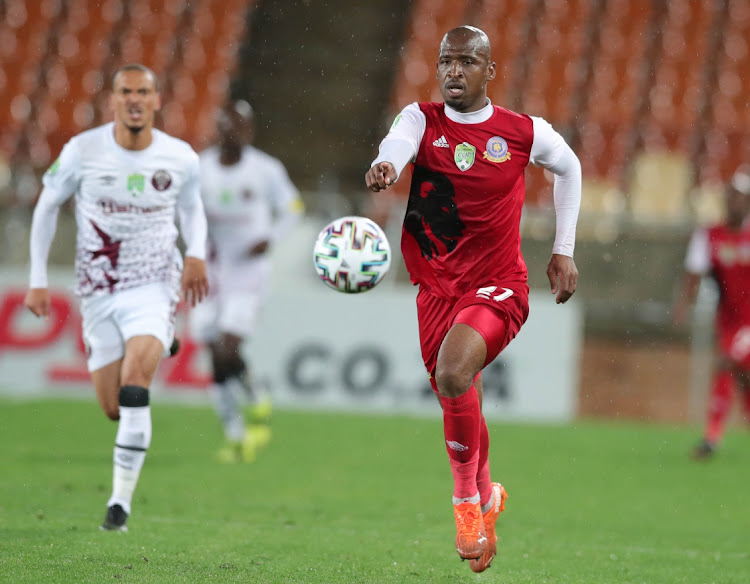 Both players appeared before the club disciplinary committee yesterday, after they were involved in an ugly fistfight at training earlier this month.

The duo were then suspended and appeared before the committee yesterday, where TTM outsourced the services of an independent commissioner who handled the hearing.

TTM media officer Rufus Matsena said both players would only know their fate today after submitting their case yesterday.

“The DC was between Ndengane and Manzini, but the verdict is not out yet, and we are going to get it probably tomorrow [today],” Matsena told Sowetan yesterday.

“All the parties stated their cases, and then there was pleading. So, we are going to get it latest tomorrow [today].”

Sources said that anyone to be found guilty could be released by the club, and Matsena said they take this issue seriously.

“It will depend on the verdict and recommendations. Remember, we stated our case, and the two players did so.

“We also had a union representative, who came in to represent the players. The verdict will surely be out by tomorrow.

“The seriousness of the matter cannot be taken lightly... We are just waiting, and afterward, a decision will be taken.”

The fight started with a bad tackle from Manzini on Ndengane, and eyewitnesses said they saw them pushing each other in anger. In frustration, Ndengane retaliated, and it was then when he received a powerful punch that left him with an open gash on the eye.

Ndengane was then rushed to a local hospital, where he was given stitches to close the open wound.

“There are two groups in the team, there is one group from the players who are from Gauteng and others from Limpopo and these players don’t get along,” a source said.

“This is not good for the club as they were trying to find their feet, and I know whoever is found guilty will be fired from the team as they don’t tolerate nonsense. Manzini and Ndengane are from two different groups."

Alfred Ndengane rescued a point for Tshakhuma Tsha Madzivhandila with a stoppage-time penalty to force a 1-1 draw against Swallows in an entertaining ...
Sport
1 year ago