Swallows pay for failure to capitalise on long periods of dominance 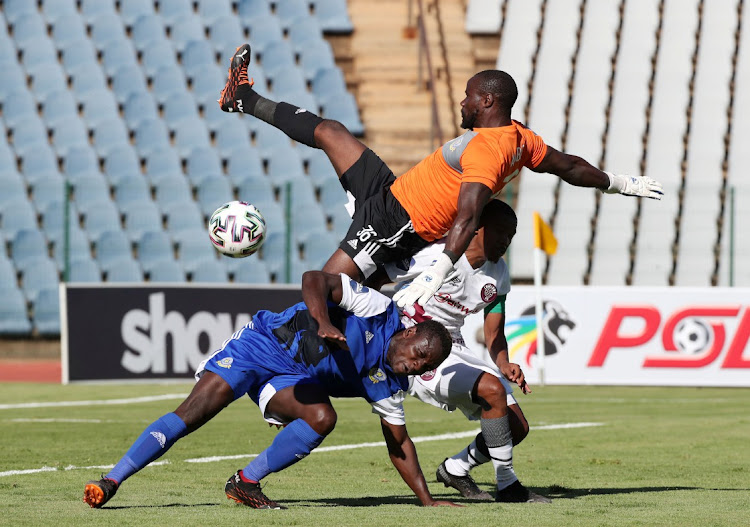 Alfred Ndengane rescued a point for Tshakhuma Tsha Madzivhandila with a stoppage-time penalty to force a 1-1 draw against Swallows in an entertaining DStv Premiership encounter played at the Dobsonville Stadium in Soweto yesterday.

Swallows looked to be on their way to clinching the three points when Zaphaniah Mbokoma gave them a first half lead.

But the visitors’ never-say-die attitude saw them force a share of the spoils with Ndengane’s penalty in added time.

The draw must have felt like a loss to Swallows as they were in control of the game for long periods.

TTM stretched their unbeaten run in all competitions to five matches, while Swallows extended their record of draws in the league to 10.

Substitute Phetso Maphanga brought down Dengane inside the penalty area, leaving referee Philagenkosi Khumalo with no choice but to point to the spot.

Swallows have not won in their past seven league games, drawing six matches and losing once in the process.

Despite being one of the outstanding players in the DStv Premiership this season, Swallows midfielder Ruzaigh Gamildien says he is shocked with ...
Sport
1 year ago

Two weeks ago TTM defeated the Birds on penalties in the Nedbank Cup second round in Polokwane and they later denied them a league double in Soweto (the Birds had beaten them 2-0 at the Thohoyandou Stadium in a league game in November). But they have no-one to blame for failing to win this game.

Mbokoma tucked in a rebound to open the scoring for Swallows on the half-hour mark. Keeper Washington Arubi parried Kgaogelo Sekgotha's shot into his path and Mbokoma rolled the ball into an empty net.

Swallows were full value for their lead going into the halftime break. However, TTM fought back to earn a deserved draw.