'To travel abroad without your trainer is suicidal' 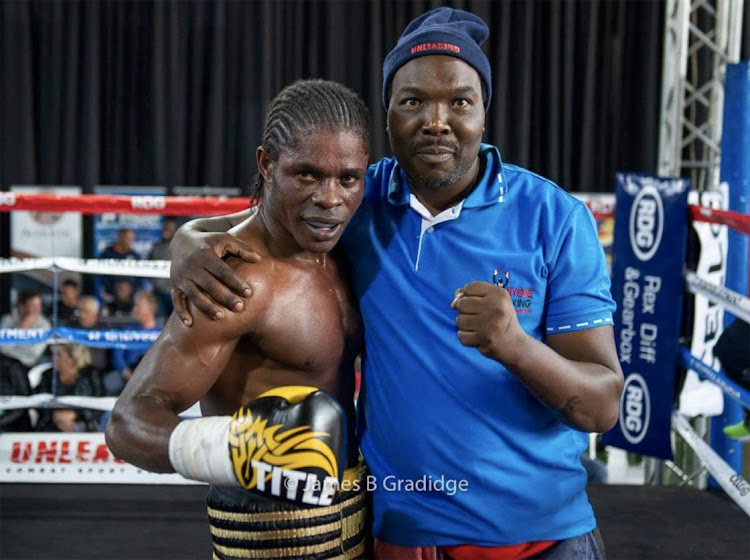 Henrique Lando and trainer Johhn Tshabalala will be in action in Russia next week.
Image: SUPPLIED

SA-based boxing manager Patrick Bonyeme says African fighters must insist on going abroad with their trainers if they are really going out there with the intention to win their fights and not be used as cannon fodder.

Many-a-times local boxers are sent outside these shores in a group and only one trainer will be appointed to look after all of them when he hardly knows them.

Bonyeme will accompany his charge Henrique “Spartacus” Lando to Russia for an eight-rounder against Vaghinak Tamrazyan on April 10. He made his plea yesterday when he was reacting to the spirited performance by both Lunga “Pressure Cooker” Stemela and Koos “Great Last Warrior” Sibiya, who lost their fights in Russia last weekend.

Stemela lost on points to WBC International junior lightweight champion Muhammadkhuja Yaqubov while Sibiya was also outpointed by Zoravor Petrosian over eight rounds. Stemela and Sibiya proved that winning is not always everything but making the effort to win can propel your boxing career forward.

“[They fought well] because they travelled with their trainers,” said Bonyeme.

“Our fighters will perform better and even cause upsets abroad when we, as managers, insist that each boxer going abroad travels with at least four members of his camp – a manager, two trainers and a sparring partner. Imagine what goes on in the mind of a boxer who is flying for the first time in his life and he does that with a stranger who does not know his strengths and weaknesses.”

Charity Mukondeleli – who prepared Sibiya for the fight – was in the corner while Emille Brice barked instruction to Stemela.

“I am taking no chances,” said Bonyeme, whose charge Lando is from Angola will have trainers John Tshabalala and Bobo Mata in his corner.

“Lando’s last fight was in December when he failed to lift the WBF Africa title against Antonio Mayala. Tamrazayan’s last ring appearance was in September when he lost to Bobirzhan Mominov for the Eurasian Boxing Parliament welterweight title.

Veteran Moruti “Baby Face” Mthalane has warned opponents saying he has overstayed his welcome in the boxing ring that they are still to experience ...
Sport
3 weeks ago

Smith hoping for something special from The Rock

Which Mchunu will show up for WBC title bout?
Sport
4 weeks ago
Next Article