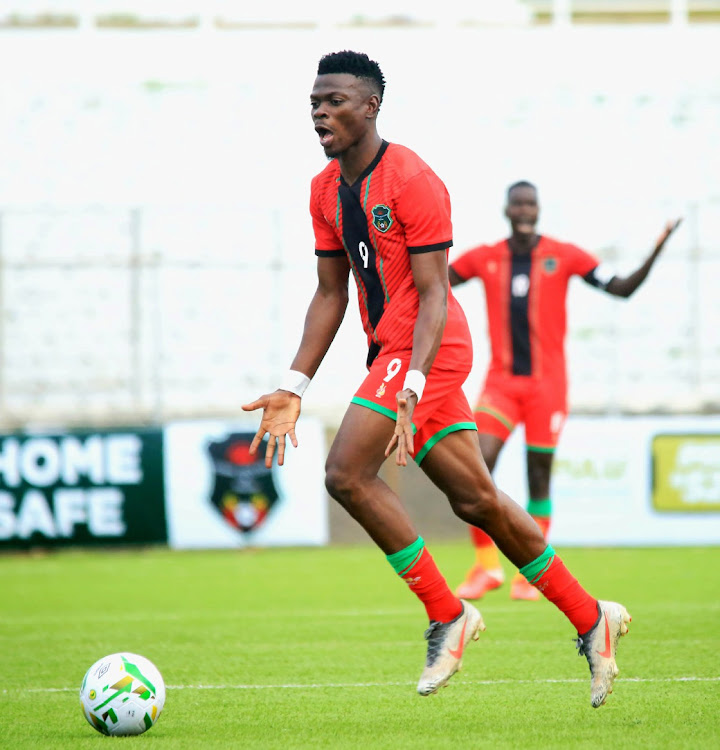 Richard Mbulu of Malawi during the 2021 Africa Cup of Nations Qualifier between Malawi and Uganda at Kamuzu Stadium in Blantyre, Malawi on 29 March 2021.
Image: Kimpho Loko/BackpagePix

Richard Mbulu’s diving header handed Malawi a 1-0 victory over Uganda on Monday and a place at the Africa Cup of Nations finals for only the third time.

The triumph in Blantyre secured Malawi the runners-up spot in Group B, finishing behind already-qualified Burkina Faso but ahead of Uganda.

Baroka player Mbulu netted after 15 minutes beating PSL rival Denis Onyango in Uganda goals. Malawi had previously qualified for Afcon in 1984 and 2010 and the feat will come as a major boost to football in one of Africa’s poorest countries.

Malai are the 19th country to qualify for next January’s final.

Burkina Faso finished with 12 points in the group after Bertrand Traore’s 49th minute strike sealed a 1-0 win over South Sudan in Ouagadougou. Malawi were second on 10 points and Uganda third with eight. South Sudan lost five of their six qualifiers to finish bottom.

All of Monday’s other qualifiers had no bearing on qualification but settled the placings in several groups.

Mohamed Salah scored twice in his first home appearance with Egypt in almost two years as they beat the Comoros Islands 4-0 in Cairo to finish the campaign unbeaten. Both countries had already qualified for the finals from Group G.

Kenya finished third as they won 2-1 away in Togo, likely marking the end of the long career of Frenchman Claude Le Roy, now 73, who has coached at nine Afcon finals.

Patson Daka scored twice to guide Zambia to a 2-0 triumph over neighbours Zimbabwe in Harare. But Zimbabwe had already booked their place, condemning the 2012 African champions to miss out on the finals.

Gabon and Gambia, who advanced from Group D, both lost their final outings as Angola and the Democratic Republic of Congo won back some pride after failing to qualify.

Gabon, without captain Pierre-Emerick Aubameyang by arrangement with Arsenal, were beaten 2-0 in Luanda while DR Congo edged Gambia 1-0.

Beleaguered Bafana Bafana coach Molefi Ntseki has owned up and said the blame for the team's failure to qualify for next year's Africa Cup of Nations ...
Sport
1 year ago

Burkina Faso drew 0-0 away to Uganda to become the sixth country to qualify, joining holders Algeria, Mali, Senegal and Tunisia, who secured their ...
Sport
1 year ago
Next Article