Durban side now on second spot and on track with plans 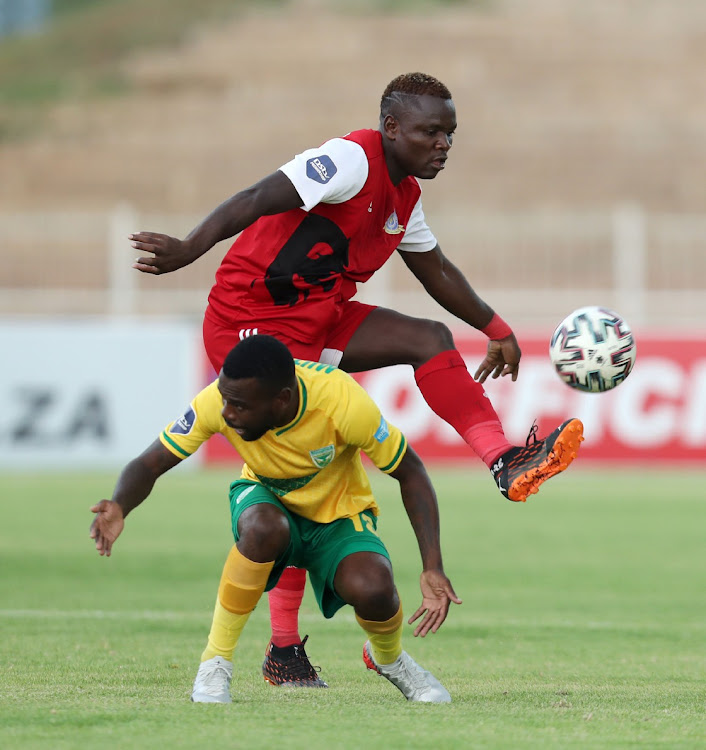 The Durban side's mission in Limpopo where they played against Black Leopards and Tshakhuma Tsha Madzivhandila returned successful results, after wins in Thohoyandou and Polokwane.

The victory in Polokwane, against TTM on Wednesday, saw Arrows jumped to the second spot on the Premiership table. Siboniso Conco and Knox Mutizwa scored for the visitors while Alfred Ndengane scored for TTM.

“We are grateful that we have collected six points in Limpopo and I must say that it was not easy. We are still within the objective of pre-season when we planned to get 10 points every five games. I would like to thank our chairlady (Mato Madlala) for giving us the support on travelling arrangements from Durban to Venda," Ncikazi said.

"It is a very difficult trip but she chartered a flight for the team. She has always been supportive of our venture. I hope the players will not lose focus ahead of our next game against Cape Town City. [Overall] we are delighted with the six points."

Arrows next fixture will be on March 20, hosting Cape Town City.

Meanwhile, TS Galaxy continue to do well since Owen da Gama took over as coach in January. On Wednesday the team registered an emphatic 3-1 victory over relegation-threatened Black Leopards at Mbombela Stadium.

Tebogo Makobela's own-goal and goals by Marks Munyai and Masilake Phohlongo helped the Mpumalanga side to clinch the three points. Themba Ndlovu grabbed the consolation goal for Leopards with 20 minutes remaining, but it was too little too late.

“We put a lot of pressure on them and it paid off. I am proud of the boys and the effort they put into winning this match. We have to remain humble and take it one step at a time," said a jubilant Da Gama.

Tapelo Nyongo scored the winning goal from the penalty spot five minutes into the second half.

The SA Football Association (Safa) anticipates no last-minute hitches to the deal that was agreed on that will see Patrice Motsepe elected president ...
Sport
1 year ago

Mamelodi Sundowns coach Manqoba Mngqithi is confident that the club's owner Patrice Motsepe will bring much-needed change at the troubled ...
Sport
1 year ago

McCarthy slams Sisa Dukashe pitch: 'bringing us here to East London in the middle of nowhere'

AmaZulu coach Benni McCarthy has slammed a “horrendous pitch” at Sisa Dukashe Stadium‚ where his team edged Chippa United 1-0 in the DStv Premiership ...
Sport
1 year ago
Next Article