Manyama denies Maritzburg and Middendorp a double against Kaizer Chiefs 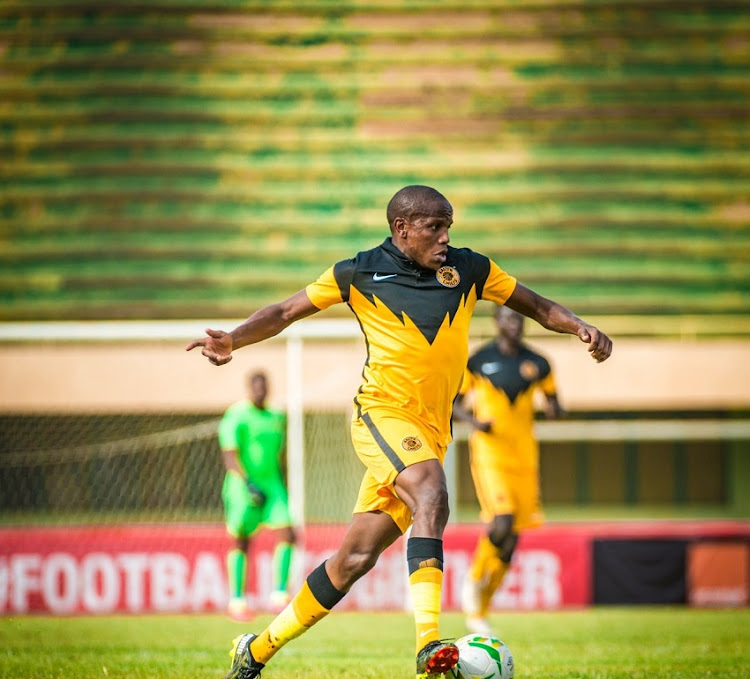 Coach Ernst Middendorp and Maritzburg United were to rue that missed chance as Lebogang Manyama ghosted in from the far post, in what also looked offside.
Image: KAIZER CHIEFS

Manyama headed in an 87th minute equaliser to salvage a point for the beleaguered Amakhosi in a DStv Premiership match that ended 1-1 at the Harry Gwala Stadium in Pietermaritzburg on Wednesday night.

Judas Moseamedi‚ who started on the bench‚ scored two goals to help Middendorp’s struggling Maritzburg beat Chiefs 2-0 in the first round match in January.

The draw‚ which was the fifth of the season‚ in 18 matches‚ for Maritzburg‚ didn’t help them move from second-from-bottom on the log where they’re battling relegation alongside Black Leopards‚ Chippa United and Tshakhuma Tsha Madzivhandila (TTM).

Given their current form‚ Chiefs might as well join the relegation melee if they don’t improve in the coming weeks. Only eight points separate Chiefs from bottom-placed Leopards who suffered a 3-1 loss against TS Galaxy in the earlier match on Wednesday.

The draw‚ which is Chiefs’ eighth this season‚ will put more pressure on Amakhosi coach Gavin Hunt as it leaves the Soweto giants in 11th spot with just 20 points. Wednesday’s result was the continuation of Amakhosi’s poor form in the last six league matches in which they’ve had no victory‚ with four matches drawn and two ending in defeats.

Chiefs started the game slowly and took 40 minutes to get their only shot on target by the end of the first 45 minutes. Maritzburg‚ on the other hand‚ had three on target with one by Thabiso Kutumela picked up from the back of the net by Chiefs goalkeeper Daniel Akpeyi.

Replays showed‚ however‚ that Maritzburg were lucky that referee Phillip Tinyani and his assistants didn’t see that Kutumela was already offside when Ali Meza played him the cross that he finished with aplomb to score his sixth goal of the season in the 15th minute.

Maritzburg should have doubled their lead in the 20th when Bongokuhle Hlongwane was left alone to connect Tebogo Tlolane’s cross from the right. The promising 20-year-old striker put his header over the crossbar‚ much to the relief of Akpeyi‚ whose defence once again left him hugely exposed.

Sensing defeat‚ Hunt introduced striker Samir Nurkovic for Lazarous Kambole‚ Njabulo Blom for Willard Katsande and Siyabonga Ngezana for Philani Zulu at the restart. The change nearly made a difference within minutes as Chiefs came close to canceling Kutumela’s goal with Daniel Cardoso’s free kick almost turned in as an own goal by Bandile Shandu.

Maritzburg‚ though‚ continued to search for more goals and went close 13 minutes before time when substitute and regular tormentor Moseamedi’s effort bounced off the crossbar with Akpeyi well beaten.

Middendorp and Maritzburg were to rue that missed chance as Manyama ghosted in at the far post to head in Chiefs’ equaliser with just three minutes remaining on the clock.