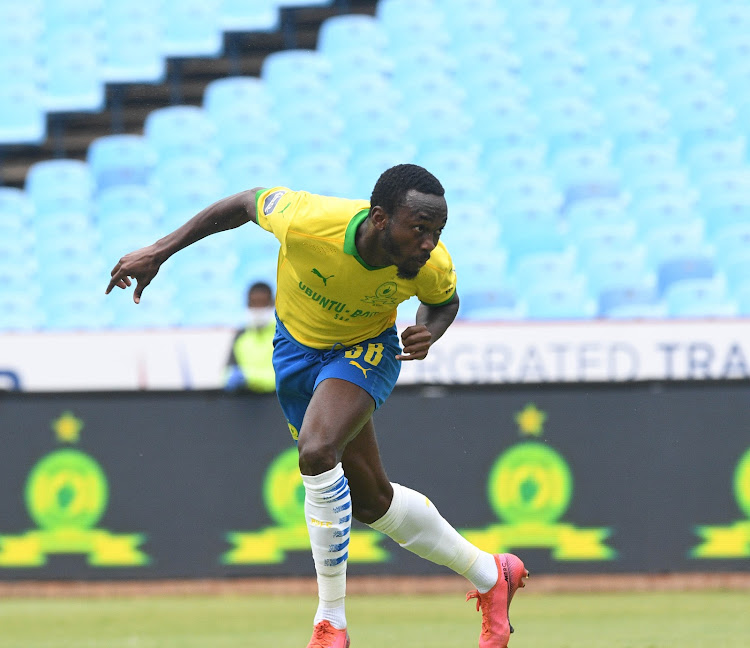 Peter Shalulile is the DStv Premiership player of the month.
Image: Sydney Mahlangu/BackpagePix

AmaZulu mentor Benni McCarthy and Mamelodi Sundowns star Peter Shalulile walked away with top honours when they were named coach and player of the month respectively on Monday.

The two were honoured for the period January 12-February 24 and it is the first time that either of them have won coach and player of the month awards respectively.

AmaZulu are sixth on the premiership standings and won 15 points during the period under review‚ scoring 11 goals and keeping three clean sheets in the eight games they played in January and February.

The club embarked on a seven-game unbeaten league run after losing to Kaizer Chiefs on January 13 and never looked back.

Usuthu beat Bloemfontein Celtic and Baroka FC away from home‚ accounted for Steve Barker’s Stellenbosch FC and then exacted revenge against Chiefs.

They also drew against title-chasing SuperSport United‚ Swallows FC and Maritzburg United‚ for him to win the award which was voted by a panel of experts including former players‚ radio commentators‚ analysts and football media.

The judges commented: “Benni has built a solid‚ hard-working AmaZulu FC side that is fearless against any opposition in the league.

Since his arrival‚ he has created a good and harmonious spirit in his team and has motivated some of the players that were discarded by their previous clubs‚ to prove a point on the pitch.

Having gone unbeaten in seven straight games is an impressive return for AmaZulu FC”.

Shalulile‚ often not given his due as he is not as flashy as the other players in the league‚ immensely contributed to the league champion’s stay at the premiership summit for weeks.

In the six games that Shalulile played during the period‚ he scored three goals‚ provided two assists as well as two secondary assists.

He was hugely praised for being an all-round contributor to Sundowns‚ often doing great defensive work especially when defending set plays.

Golden Arrows coach Mandla Ncikazi and the Sundowns trio of Manqoba Mngqithi‚ Steve Komphela and Rulani Mokwena were also acknowledged for their contribution during the period.

AmaZulu were certainly the big winners as defender Tapelo Xoki walked away with the goal of the month after the fans voted his strike as the best for the period January 13-February 24.

Xoki's goal was worth its weight in goal as AmaZulu were deadlocked at 3-3 with visitors Celtic in the 94th minute when the defender rifled home a free kick that earned McCarthy's side a hard-fought 4-3 win right at the death.

No KwaZulu-Natal team has challenged for the Premiership title since Manning Rangers won its inaugural 1996-97 season‚ and Usuthu’s last trophy came in the famous 3-1 defeat of Chiefs in the 1992 Coca-Cola Cup final at FNB Stadium.

Club owner Sandile Zungu splashed out on several new players in the beginning of the season and made it clear that he is targeting at top-four finish for the side.

Zungu will be happy that McCarthy‚ who replaced Ayanda Dlamini in December last year‚ has set his sights higher and continues to challenge the status quo in South African football.