Bucs up to second after 3-0 hammering of Chippa 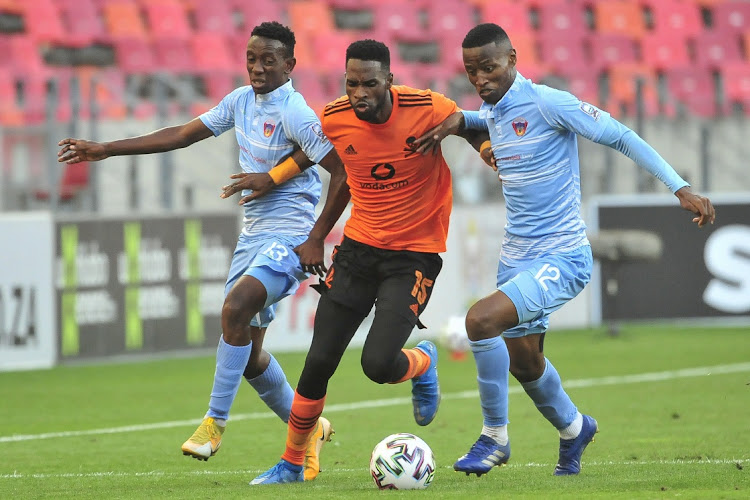 Orlando Pirates coach Josef Zinnbauer was full of praise after his team dismantled Chippa United 3-0 to move second in the DStv Premiership table.

The German tactician could not stop smiling and he had plenty of reasons to celebrate his team's clinical display.

Bucs scored three goals, kept a clean sheet and collected the three points in a game played at the Nelson Mandela Bay Stadium in Port Elizabeth at the weekend.

Even though the 50-year-old felt that they could have won by a bigger margin, he sang the praises of his players for their commanding victory.

The Soweto giants took a 2-0 lead into the halftime break courtesy of a goal from Deon Hotto and an own-goal from Chippa defender Riaan Hanamub. The visitors took their foot off the pedal and scored just one goal after the halftime break through Ben Motshwari. They moved second in the log table with 35 points from 20 games and trail log leaders Mamelodi Sundowns by one point.

However, Sundowns have four games in hand. They were not involved in the Premiership due to their participation in the CAF Champions League group stages.

“I am happy. We could have scored more goals but it was an overall good performance from us. I am also happy for Tshegofatso Mabasa as he is back from injury,” said a jubilant Zinnbauer.

There will be no room for any more inconsistency from Orlando Pirates if they want to push Mamelodi Sundowns in the DStv Premiership title race.
Sport
10 months ago

He said the return of Mabasa and Gabadinho Mhango has giving him a nice headache. “I have a headache as my strikers are back and I am happy for them,” he said.

Bucs will turn their focus to the Confed Cup opening game against ES Satif of Tunisia.

Zinnbauer's men will play against the Tunisian club in their Group A opening match in Ghana on Wednesday. Bucs are also in the company of Al Ahly Benghazi of Libya and Enyimba of Nigeria in Group A. “We have to recover and fly out for the Confed Cup. I am happy Mabasa and Mhango are back from injury. We have a lot of games coming up and this will motivate the players as they will play in a different competition,” Zinnbauer added.

He said he replaced players to save them from embarrassment as they were hiding and he spoke to them after the game. “If we continue to make these mistakes we will make life difficult for ourselves,” added Malesela.