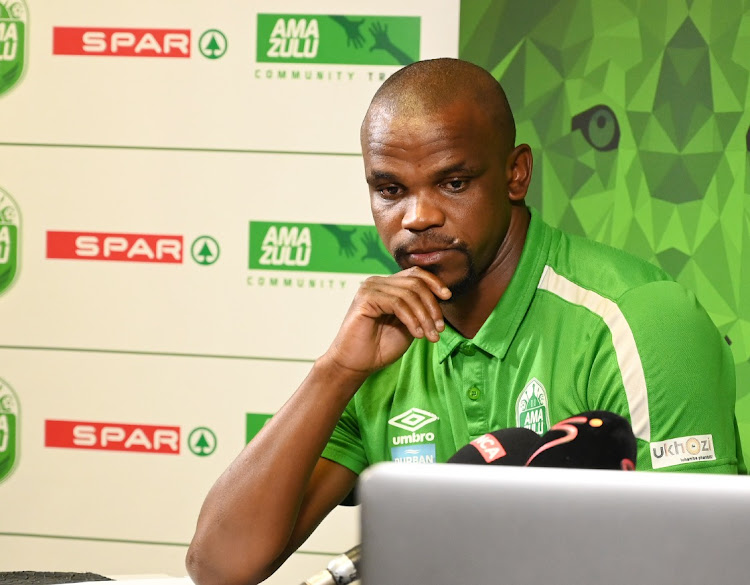 Ayanda Dlamini has set lofty goals for AmaZulu as he wants to change the team from perennial relegation strugglers to title contenders in the Premier Soccer League.

Dlamini steered AmaZulu to safety last week and his work hasn’t gone unnoticed as he was rewarded with a three-year deal by the club yesterday.

When Dlamini took over in March from Jozef Vukusic, Usuthu were in danger of relegation but he guided them to a respectable 13th-place finish.

In seven matches he was in charge of, the 35-year-old led Usuthu to two wins, four draws, and one defeat.

“I have been with AmaZulu for years and it is a team which is in my blood, and I would like to do well with them,” the former striker said in a virtual press conference yesterday.

“The main objective will be to make sure we do better than last season and it is going to take a lot of work. It won't be easy. But it is a challenge that I took and as a young coach, there is still a lot that I need to learn.

Baroka coach Dylan Kerr has leaped to his goalkeeper Ayanda Dlamini’s defence after the shot-stopper was criticised by Mamelodi Sundowns coach Pitso ...
Sport
7 months ago

“But the experience that I had from my playing career and also what I did in the short space of time as a coach, I will use that to make sure I help the team win. I don’t want to say that we will win the league but we will compete.

“We want to make the team compete for the championship, we want to compete for trophies. I think that’s possible but we’ve [got] to work hard for it.”

With the previous two coaches – Cavin Johnson and Vukusic – failing to finish their deals at Usuthu after signing lengthy contracts, Dlamini is confident he will last at the club as he has been there for years.

“I’m looking forward to the challenge. We had a good finish in the [bio] bubble and having been with the team for years as a player, understanding the culture of the team, I have to make sure that I continue working hard for AmaZulu to bring happy days back,” Dlamini said.

“The first game I took over I had a conversation with the players just to make it clear how I wanted us to work. You remember it was two days before the Kaizer Chiefs game [where they won 1-0] and the only important thing is the players to understand what you are doing and it will be easy going forward if it is like that.”

AmaZulu also revealed that they will announce Dlamini's assistant before the end of the week, with Moeneeb Josephs having left.