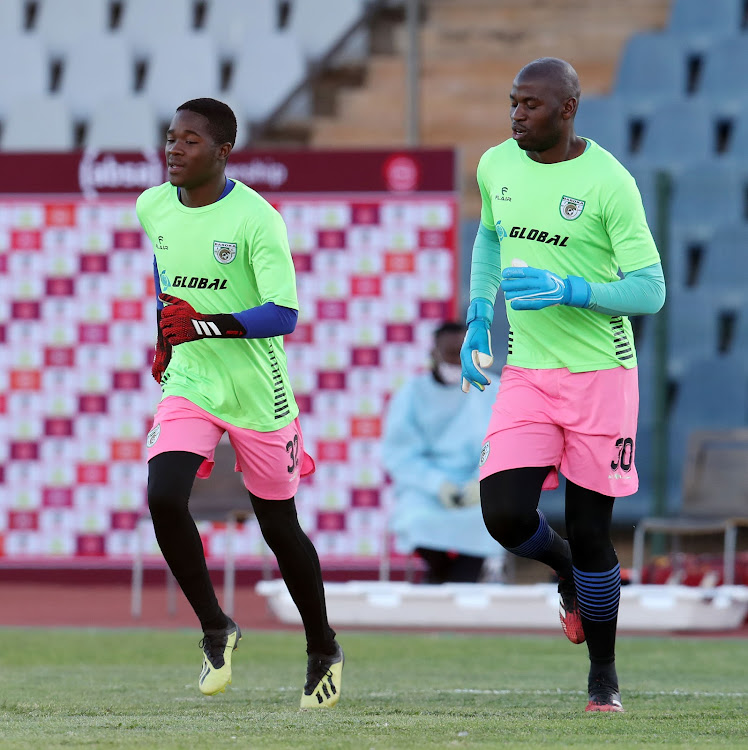 Baroka put up a big fight with a hard-fought 1-0 victory in Dobsonville on Sunday to move three points clear of relegation danger while preventing Sundowns from opening a three-point lead of their own at the top over title rivals Kaizer Chiefs with two matches remaining.

Mosimane was far from impressed with how the Baroka players used time-delaying tactics to take the wind out of the Sundowns players’ wings towards the end of the match.

The Sundowns coach was particularly peeved at the way Baroka goalkeeper Ayanda Dlamini went down under a challenge and took time to get up on his feet with Sundowns chasing the match.

Dlamini appeared to be clutching to his upper leg in pain after going for a challenge in the air following a cross into his box as Mosimane pulled out his hair in frustration from his technical area on the bench.

“You know when times are like this I don’t like to make excuses. Everybody sees and you saw what happened. I thought Elvis Chipezeze (Baroka first choice keeper who was suspended for the match) is the master of these things (time wasting tactics).

“But I mean Baroka is breeding these kinds of goalkeepers or behaviour. But it’s okay.

“No. We play proper. We play normal. Maybe Dylan (Baroka coach Kerr) can tell you how far the guy got injured.

“But it’s okay I mean we have seen a lot of these things in Africa (Caf Champions League). So why is Sundowns surprised?"

Mosimane also said the Baroka bench was disrespectful towards his players on the pitch.

But Kerr defended his goalkeeper Dlamini and said he has got a youthful and inexperienced squad that should be forgiven for what seemed to be over-the-top celebrations and remarks during and after the match.

“So I don’t think it was time-wasting from Ayanda and I explained that to Pitso after the match.

“I mean in football sometimes from time to time you have got to time manage the game.

“We were under a lot of pressure and Sundowns were a goal down.

"We didn’t keep the ball very well in the last 20 minutes but you can understand that from the youthfulness of my team. But we put in a shift and they all knew the importance of this game‚” said Kerr.

There were constant heated exchanges between the Baroka and the Sundowns benches in the second half.

Kerr blamed the overzealousness of his squad on inexperience and youthfulness‚ but added that there is no place for disrespecting your opponents.

“We have got a young inexperienced squad‚ the [youthfulness] of my squad‚ they were all very excited‚ and they will learn and live from it.

“They just have to keep emotions to them or to the team or the dressing room without disrespecting Pitso or Mamelodi Sundowns.”