AmaZulu coach Dlamini as they brace for relegation fight: 'our future is in our own hands now' 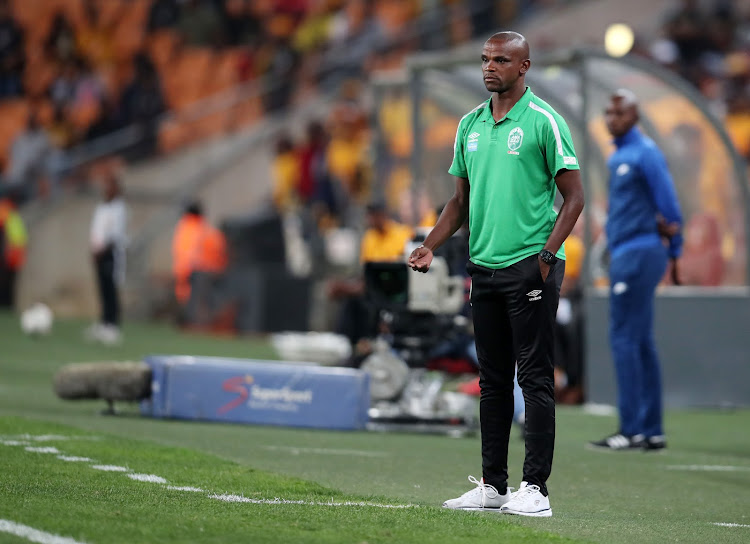 Ayanda Dlamini has impressed as interim head coach and knows that saving the club from relegation will put a gloss on his CV.
Image: Muzi Ntombela/BackpagePix

Relegation-threatened AmaZulu have their backs up against the wall and coach Ayanda Dlamini is well aware that they will have to go for broke when they face Bidvest Wits in a must-win league match at FNB Stadium on Friday.

Several clubs in the bottom half of the standings face an uncertain future and given that none of them are safe at the moment‚ this means there is very little margin for error.

Dlamini said the players they have bought to Johannesburg will fight until the last day of the season to save the Durban club from the drop.

"Every point is a point that helps us at the end of the season.

"We’re in a position where every point counts towards our survival. We know relegation is not an easy battle to fight but unfortunately it’s where we find ourselves‚" said Dlamini.

"There are other teams around us at the foot of the table and we need to better their results if we are to stay in the division."

AmaZulu shared the spoils in a goalless draw against Baroka FC at the weekend‚ despite putting on a dominant display at the Lucas Moripe Stadium in Pretoria.

"We take it game by game and try for the best result possible.... our future is in our own hands now. There’s 15 points for us to play for‚ so we have to push for maximum return‚" he said.

The Durban outfit shocked league leaders Chiefs 1-0 at FNB Stadium in March in their last game before the Covid-19 pandemic forced the season to be suspended.