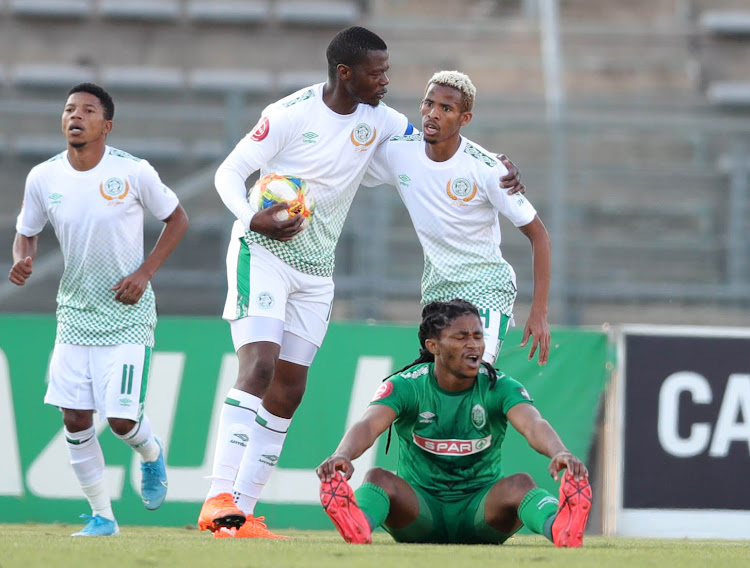 The relegation roller-coaster will have several twists and turns until the final whistle of the season next month after AmaZulu could only manage an exciting 2-2 draw with Bloemfontein Celtic at Lucas Moripe Stadium on Monday afternoon.

The four-goal thriller was indicative of the Durban side's fighting spirit in these final weeks of the season and while they will bemoan the precious two points they dropped in the encounter‚ the share of the spoils enabled caretaker coach Ayanda Dlamini's charges to gain a one-point advantage over basement side Polokwane City.

Celtic were fresh from their clinical 3-1 demolition of Absa Premiership leaders Kaizer Chiefs a few days ago and the Bloemfontein side were expected to pick up from where they left off when they faced Usuthu.

But AmaZulu were never going to be pushovers and were in fact the first off the starting blocks after their top scorer Bongi Ntuli set up fellow striker Lehlohonolo Majoro in the sixth minute‚ and the former Chiefs and Orlando Pirates man took full advantage to beat Celtic goalkeeper Sipho Chaine.

AmaZulu continued to look for a second goal in the first half‚ with Majoro leading the charge‚ but it was the Free State side that were rewarded when Motebang Sera scored the equaliser just before the halftime break.

The Durban side regained their lead 17 minutes into the second half through a fortuitous own goal by Wandisile Letlabika that will have received deafening applause in KwaZulu-Natal.

But Celtic have demonstrated some dogged determination when the chips are down and they once again displayed this never-say-die attitude when they equalised through Ndumiso Mabena five minutes later.

The two sides continued to search for the elusive goal that would have won them the match but in the end‚ they had to be content with the share of the spoils.

In the other game played in the afternoon‚ BidVest Wits and Maritzburg United could only managed a 0-0 draw.