Thapelo Morena, back from injury, resumes training at Sundowns’ camp 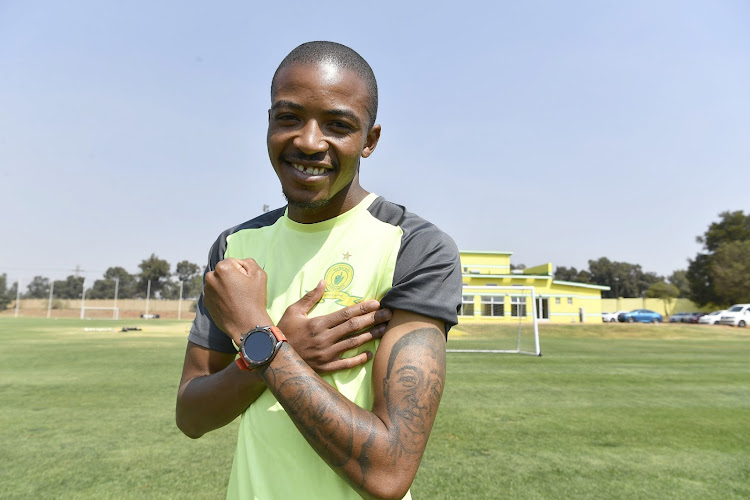 Mamelodi Sundowns’ most versatile player, Thapelo Morena, is back in training with his club in Rustenburg after recovering from what appeared to have been a serious fracture and ligament damage to his ankle.

Morena suffered the injury in a Sundowns’s 1-0 Nedbank Cup win against SuperSport United in February.

Sundowns this week began a training camp at Royal Marang Hotel in Rustenburg as they prepare for the resumption of the Absa Premiership. The league was halted in mid-March due to the outbreak of the coronavirus pandemic.

A relieved Morena told TimesLive from the camp that he has started light training, and was hoping he may resume full training with the rest of the squad before the season comes to an end.

“With me delivering what I did for the season I thought I wanted to give more but unfortunately the injury and most importantly for me I just wanted to deliver to the team and do my level best,” said Morena.

Coach Pitso let's us know how the team has been getting on with training under new regulations.

“That’s why even now I put my head straight and say, ‘You know what, if I come earlier it’s a bonus to the team and if I take longer it’s still okay because it;s just a few games to play now and the season closes’. But for the new season, I will definitely be back, ready and fully fit.

“For now I’m just taking it easy as it comes and it’s just a matter of making sure that I fully heal. And like I said, if I come back this season it’s going to be a bonus for me also, but if not it’s OK – I will be looking to start the new season.”

Morena who has been transformed from a right-back position to an attacking winger and a striker at times at Sundowns, featured in 15 league games this season, scoring two goals and providing three assists.

Pitso Mosimane’s side are still in with a huge shout at the league title and into the semifinals of the Nedbank Cup after winning the Telkom Knockout in November.

“Ja, my journey to recovery has been hectic a bit because I didn’t have the full attention of the team but I had support from the physio staff, and the team as well via Zoom,” said Morena, who thanked his wife and daughter for keeping him company at home while he was being nursed by the club’s medical officers.

“So everything has gone according to plan, I’m getting there and getting a bit stronger and I’m happy also to be back in camp with the rest of the guys. You know this feeling, it’s been a while not having it.

“The doctors said to me I must just take it easy and do my level best to see when I can come back.

“Currently I’m not training full with the team. There are some of the activities that I do with the team and I complete everything on the side alone with the physio. But I think everything is going well and it’s been the way we’ve planned it.”

Morena said having great support from everyone around him helped him heal quicker than expected.

Mamelodi Sundowns utility player Thapelo Morena is making steady progress on the road to recovery after a horror injury and is now working with the ...
Sport
1 year ago

“For me I think the support I had and being strong mentally and taking good care of myself, making sure that whatever I had to do I have to do it, I saw myself coming back quickly from it,” he said.

“The most important thing is when your mindset is right and you’re doing the right things. Mostly, I was at home with my wife and my daughter. Some of my cousins also used to come and visit. It was a bit difficult but we managed the whole situation very well.”

Morena was also delighted by the club recently renewing his contract for a further five years while he was recovering.

“You know it’s very difficult for a big team, especially when a player gets injured and they have to give him a certain contract. I was very happy and very humbled with that,” said the 26-year-old who grew up in Kagiso, outside Mogale City.

The Bafana Bafana player described the first few days back with his teammates as very demanding and challenging but said everyone was getting used to the groove now.

“You know, the first day was a bit difficult, a bit tiring and demanded more from the players but I think soon everybody will be feeling much better.

“We’re getting used to the training, the environment, to getting back to the field and having that fun again. The first three days were a bit difficult.”

Sundowns were left with nine games to play, sitting second and four points behind with a game in hand over Premiership leaders Kaizer Chiefs, when the league was stopped in March.

Nhlapo reckons if the Defender of the Season gong was equitable, Mkhize and Thapelo Morena of Mamelodi Sundowns should've already clinched it in the ...
Sport
1 year ago

Following securing the services of coach Pitso Mosimane‚ who recently extended his stay at Chloorkop‚ Mamelodi Sundowns have moved quickly to tie ...
Sport
1 year ago