Sundowns star Anele Ngcongca admits he is frustrated on the sidelines 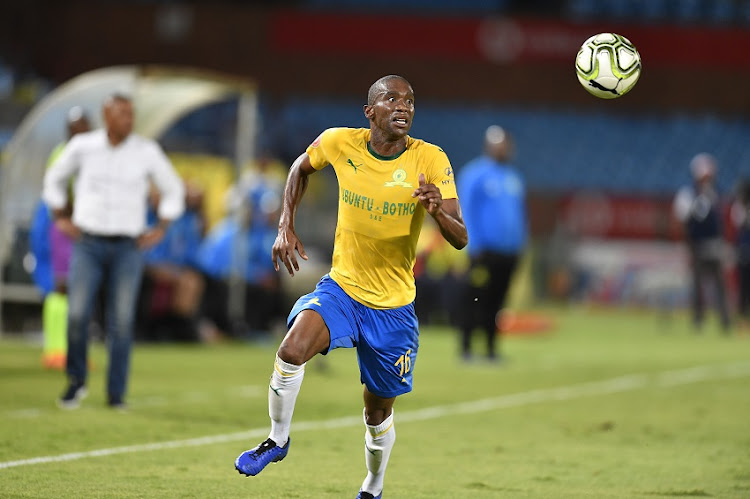 Anele Ngcongca says he was having the best time of his career with Mamelodi Sundowns before the coronavirus shutdown.
Image: Lefty Shivambu/Gallo Images

Anele Ngcongca admits he is frustrated on the sidelines after what he believes has been his best season in a Mamelodi Sundowns shirt has had to be paused due to the coronavirus pandemic‚ and that perhaps he has not got the recognition his play deserves.

The former Bafana Bafana defender has praised government for instituting the lockdown that has left players up and down the country idle‚ but is eager to get back to action as The Brazilians chase Absa Premiership and Nedbank Cup glory.

Ngcongca joined Sundowns from Belgian side Racing Genk in January 2017‚ and admits it took him some time to get going.

“Our leadership‚ the State President (Cyril Ramaphosa)‚ has spoken and it is up to us to follow the rules in these difficult times‚ and that is what we have been doing‚” Ngcongca tells TimesLIVE.

“But it is a bit frustrating for me because if I look back‚ I think this has been the season where I feel like I have contributed the most to the team.

"I think my performances have been good and I have already helped the team to one trophy [the Telkom Knockout].

“Obviously‚ I have been sharing the cake with Thapelo [Morena]‚ sometimes he plays ahead of me‚ it all depends on who we are facing and the coach’s plans.

“With him injured now‚ that would have been more responsibility for me along with the young boy from the youth [Nicholus Lukhubeni].

“If Thapelo is still injured when the league starts again‚ I know I must step up.

"I am a senior player and that is the sort of situation I really enjoy. I like to have that responsibility.”

Ngcongca hinted that he does not always get the praise he deserves from the Sundowns faithful‚ because his no-nonsense‚ efficient style goes unnoticed in a team of flashy ball players.

“It is disappointing for me‚ that players who just go and do their jobs are not recognised by the supporters.

"I feel like in South Africa if you are not showboating‚ the supporters won’t talk about you.

“I look at [Sergio] Busquets and Luuk [De Jong] at Barcelona‚ they play very simple one or two touch football‚ easy stuff‚ but they are still appreciated for the job they do.

"They do not hang onto the ball or try anything flashy‚ they just are efficient in what they do.”

Ngcongca also backed teammate Lebo Maboe‚ who has battled to make the same impact in this campaign as his first with Sundowns last season‚ and has earned the ire of fans at times.

“Maboe was one of the best players at Sundowns last season and the boy has been trying so hard this season‚ but still the supporters want to change [substitute] him. I don’t understand it.

“He needs the supporters to back him. Not to boo him and call on him to be substituted.

"In our football we should learn that when you support a team‚ you support the players also. It has been tough on him.”