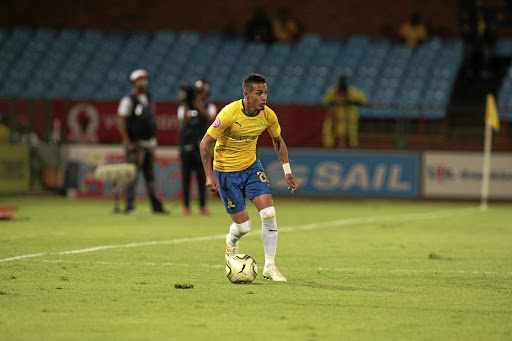 Mamelodi Sundowns midfielder Gaston Sirino believes the next five years will be even better than his two-and-a-half years at Chloorkop as the Uruguayan eyes African glory.

Sundowns confirmed yesterday that Sirino, along with teammate Thapelo Morena, had signed lengthy contract extensions until 2025.

Sirino arrived at Chloorkop in January 2018 from Bolivian club Bolivar. The playmaker has had resounding success with Downs since his arrival - winning two Absa Premiership titles and the Telkom Knockout.

His manager, Baber Siddique, said yesterday the 29-year-old wants more after penning an extension. "Gaston is very happy to sign a new contract with Sundowns. He has had to adapt since he arrived in the country and is getting matured," Siddique told Sowetan.

"He is looking forward to winning trophies with the club and doing well in the CAF Champions League."

Pitso Mosimane has accepted the sanction that was handed out by the Premier Soccer League's disciplinary committee to his influential midfielder ...
Sport
2 years ago

Despite being a brilliant ball wizard, Sirino is also known for his volatility and temper. He was recently slapped with a two-match ban by the PSL DC and fined R100,000 for slapping SuperSport United players Dean Furman and Clayton Daniels in October.

Siddique explained that Sirino is not a dirty player and has had to adjust to the physical style of play in the PSL. "In South America players are more technical than physical, so it's a new thing to him. The PSL is more physical and players are very big and strong," he said.

Siddique is an agent and also owns Mzansi Mayfair Soccer Academy. Other players under his management include Leonardo Castro and Gustavo Paez. He praised coach Pitso Mosimane for his success with the Brazilians.

"Pitso is not winning for himself but for us all. We should all back him in whatever way we can. He is hardworking and is loving to his players. I don't believe that he is arrogant but it's just emotions of the game."