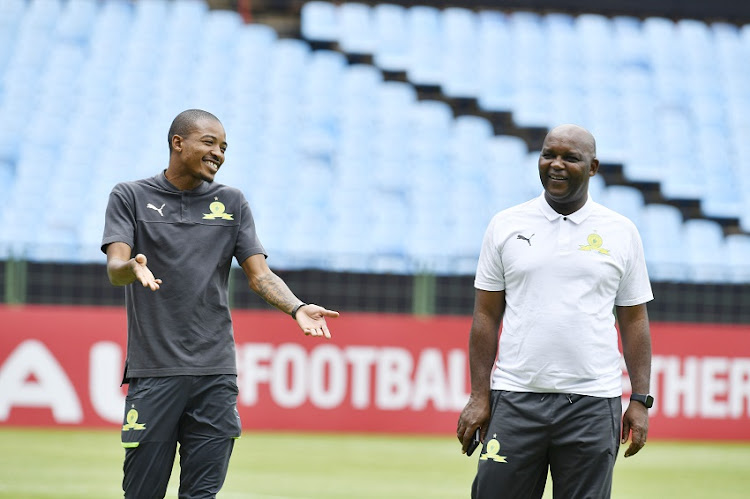 Mamelodi Sundowns Thapelo Morena has drawn motivation from the miraculous recoveries of Dillon Sheppard and Djibril Cissé as he continues his rehabilitation programme following a career-threatening ankle fracture injury.

Sheppard and Cissé suffered horrible leg breaks at some stage in their careers and Morena said their experiences have motivated him to remain determined to make a successful comeback next season.

“I have seen the videos of the injuries to Dillon Sheppard and the French guy who used to play for Liverpool (Djibril Cissé) on Youtube‚” said the 26-year-old Morena‚ who has been one of the consistent performers for Sundowns coach Pitso Mosimane over the past two seasons.

"Shortly after the injury I was still getting medical care at the stadium‚ I was in a state of shock.

"But when I went to the Magnetic Resonance Imaging scan (MRI)‚ I had accepted what happened and I was a lot calmer.

“People like my wife and other members of the family‚ team-mates‚ coaches‚ fans and the medical team were very supportive and that helped to calm me down.

"It was a test to see how strong I was and I think I handled the whole process very well‚ but I could not have done it without support from people around me. There is still a long way to go and there are going to be many challenges to overcome over the next few months.”

Last week Morena took a significant step in his recovery programme when the cast on his right ankle was removed to pave the way for the beginning of rehabilitation.

“I was happy to see that the cast was removed without problems and I no longer feel pain like before‚" he said.

"My leg is now supported by a moon boot but I have started with rehabilitation even though I am not doing the hectic stuff.

"The doctors have given me a programme and it involves working on my upper body strength‚ working on my balance and without putting too much pressure on the ankle.”

Morena said the unfortunate experience helped him with his mental strength.

“When you suffer an injury like this‚ it is difficult to stay motivated but you have to be strong mentally.

"Mental strength is important because that’s where everything starts if you want to overcome anything.

"You also have to learn to be patient because some of these injuries take time to heal‚ but I have enjoyed the support of everyone at the club‚ at home and from the fans.”