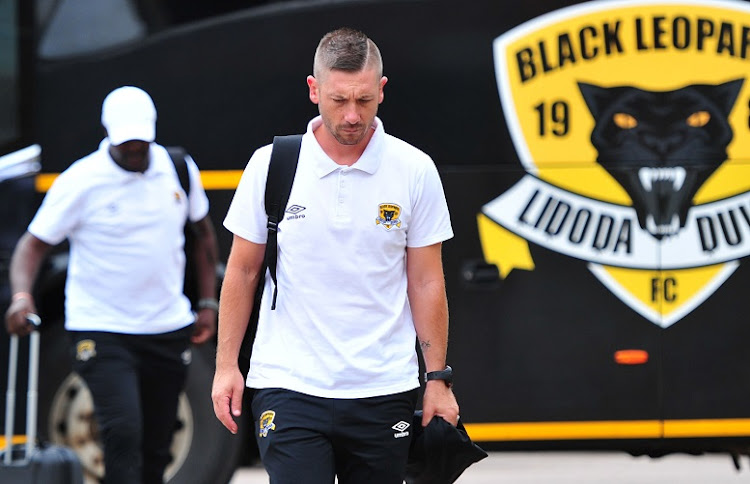 New Black Leopards coach Alan Clark has felt the tension of relegation danger before but says his side are free from any the stress of the possible drop as they go into another vital derby at the weekend.

Black Leopards lie second-last in the Premier Soccer League standings, level on 20 points with AmaZulu and Baroka FC, who they play at Peter Mokaba Stadium in Polokwane on Saturday (kickoff 3.30pm).

The derby follows their 2-1 loss at the same venue last weekend against Polokwane City.

“It is almost a bit surreal because while there is talk about it being a crisis moment, there is no that feeling in the squad,” says Clark, the fifth coach in charge at the Thohoyandou club this season.

“I was around AmaZulu for the last two seasons, particularly after we got our six-point deduction, and the panic was almost palpable.

Clinton Larsen has a plan for Polokwane to beat Maritzburg

Polokwane City’s work on the training ground paid dividends last weekend when something they had been practising all week delivered them a vital Absa ...
Sport
2 years ago

“You could walk in and almost cut the tension with a knife. It was very apparent,” explains Clark, who was assistant to Cavin Johnson at Usuthu.

“But the atmosphere here is not like that. It belies where we sit, it feels like we are in eighth or ninth place.

“The atmosphere around team is not one of overconfidence but no one has hit any panic buttons.

“No one is saying, ‘The wheels are falling off, what are we going to do?’ That’s not the case at all.

“No one’s lying to themselves. We have underperformed as a squad, we shouldn’t be where we, it’s up to us to get ourselves out and we have the ability to do that,” Clark added.

Four contenders on 20 points.
Sport
2 years ago
Next Article