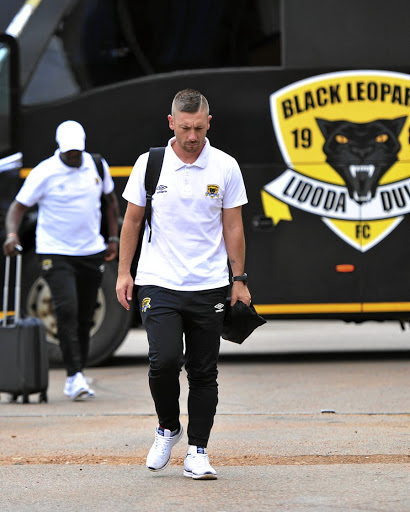 Black Leopards coach Alan Clark was far from impressed with his side's performance in their 2-1 defeat to Polokwane City in the Limpopo derby at Old Peter Mokaba Stadium on Sunday.

Clark, who has now lost back-to-back Absa Premiership matches against Orlando Pirates and City, felt they deserved to be beaten on Sunday.

"I thought we were poor today; I don't think we were at the game. I think we didn't deserve to win the game, to be honest," Clark said.

"We took a lead but, to be fair, Polokwane City were better than us and they deserved all three points."

Leopards opened the scoring courtesy of City own goal by Ayanda Nkili but allowed the home side back in the game almost immediately as they scored three minutes later through Charlton Mashumba before netting the winner seven minutes from time through Sibusiso Hlubi.

"You talk about the critical times as a coach. We go ahead and you want to stabilise the team because they are going to come at us, and we didn't do that," Clark said.

Lidoda Duvha are 15th in the log standings but Clark insists he is not looking at the table but worrying only about their next opponents.

"As I have always said, the next game is the most important and that's the game I have to focus on. I can't look at the league table, I have to look at our opponents - another derby [against Baroka on Saturday at 3.30pm]."

'Everyone has their own beliefs': Black Leopards explain woolen chain around player’s neck

Referee Thokozani Mkhize might have erred by allowing Black Leopards substitute Xolani Ndlovu to play on with an adornment around his neck‚ ...
Sport
2 years ago
Next Article