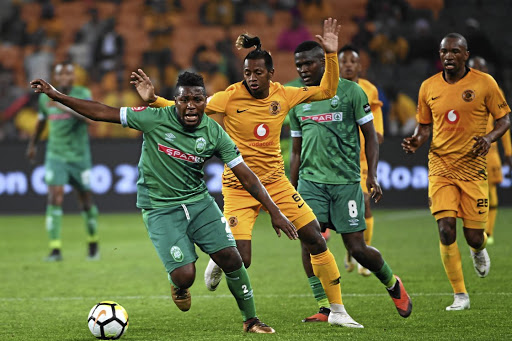 AmaZulu coach Cavin Johnson has urged his new recruit to the technical team Mabhuti Khenyeza to not rest on his laurels.

Khenyeza's return to Usuthu was confirmed yesterday and he will serve as a second assistant under Johnson, whose first assistant is Alan Clark.

The 36-year-old retired from football last month and joined Maritzburg United as an assistant to Muhsin Ertugral, but the latter was let go recently and Khenyeza decided to jump ship too.

Khenyeza was away for just a month and in welcoming him back, Johnson believes his playing experience would stand him in good stead.

"It didn't work out for him at Maritzburg, but as AmaZulu we always knew Mabhuti would come back," Johnson told the Sowetan yesterday.

"As someone who's played at the highest level for a long time in South Africa, I think he can add a lot of value to our team going forward.

"Mabhuti has been coaching for a long time (at amateur level) and now it's for him to get more experience. We are adding him to our technical team to introduce him to a professional level of coaching," explained the former SuperSport United mentor.

"At the same time we are going to allow him to get his coaching badges and that is the big thing that we want Mabhuti to do," continued Johnson.

Khenyeza, meanwhile, is thrilled to be back. "I know that I will grow under coaches Cavin and Alan. I enjoyed working with them as a player, I look forward to learn from them as a coach," he wrote on the club's website.

AmaZulu are preparing for their clash against the high-flying Cape Town City at King Zwelithini Stadium on Saturday (8.15pm).

Johnson's men beat Mamelodi Sundowns 2-0 away, in their last match while Benni McCarthy's charges collected maximum points with a 1-0 win away to Kaizer Chiefs.