Clinton Larsen has a plan for Polokwane to beat Maritzburg 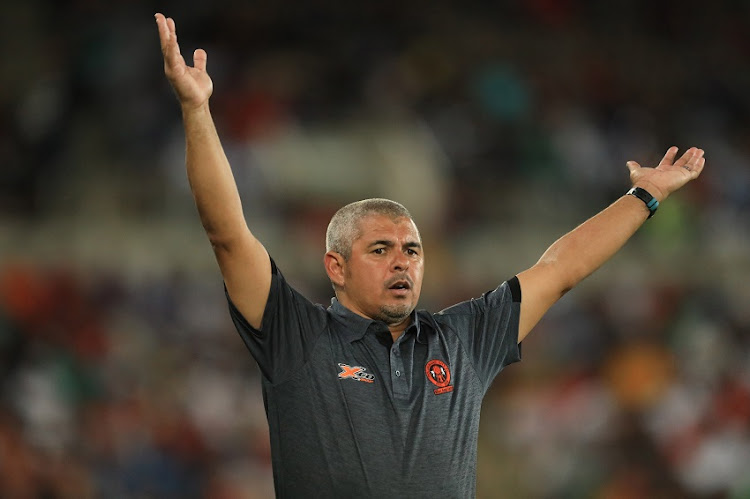 Polokwane City’s work on the training ground paid dividends last weekend when something they had been practising all week delivered them a vital Absa Premiership win over Black Leopards in their relegation scrap.

Now coach Clinton Larsen will be looking to employ much the same as he takes his 13th-placed team to the Harry Gwala Stadium to meet Maritzburg United on Friday night.

Coach Clinton Larsen said they had worked hard on their wingers taking on the fullback in one-on-one situations and then cutting in and shooting – which is exactly how Sibusiso Hlubi netted a dramatic late winner.

He will be hoping to do much the same against an in-form Maritzburg‚ who are up to fifth in the standings.

“With some pace I think we can cause them some problems‚” Larsen told SowetanLIVE as he looked head to the first match of busy a Premier League weekend.

“They are a team who are both strong on the wings and through the middle. So we have to neutralise both‚ especially the influence of [Daylon] Claassen and Keegan Buchanan.”

Larsen derived much satisfaction from the win over Leopards ‚ a second in a row for City‚ and the Hlubi goal.

“The entire week we worked on one-versus-one in the wide areas and shooting. And Hlubi was the best.

“Taking players on in the wide areas‚ he’s the strongest in our club.

“It wasn’t by chance that that happened.

“We were getting our wide players to take players outside and then when they come in to have more shots on target – you might get a rebound or score a goal‚” explained Larsen.

“We worked on it and we weren’t surprised when it happened.

“What happens is sometimes the ball gets switched to the wing and they delay that confrontation with the fullback or the centre-half and that allows cover to come and the winger is forced to pass the ball back.

“We are trying to get our wide players to be more aggressive. Upon receiving the ball‚ engage as quick as you can. That’s how you isolate fullbacks.”