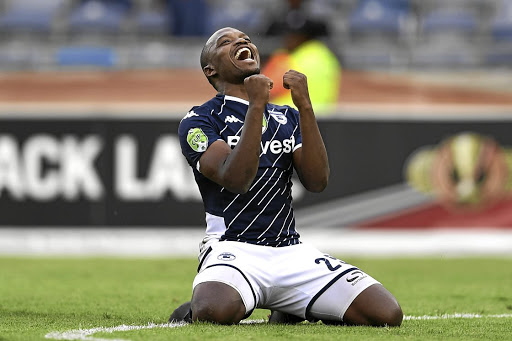 Motupa had already made up his mind about joining Sundowns, but the move did not make it over the line before the January transfer window closed.

It seems as though Motupa quickly put the disappointment behind him as he went on to score a crucial goal against his former team Orlando Pirates in the Nedbank Cup round of 32 to send the match to a penalty shootout on February 9.

The Clever Boys won that match 3-2 on penalties.

"Even though the move to Sundowns didn't happen, I have still shown that I can still perform well for the club," Motupa said. "So far my focus is on Bidvest Wits and nothing else. I don't want to comment about that as the club has asked me not to say anything."

Bidvest Wits coach Gavin Hunt remains optimistic that his side still have a chance of turning things around in the Absa Premiership title race.
Sport
1 year ago

The 25-year-old has scored 22 goals in his two seasons with Wits since joining from Chippa United and his aim now is to help the Clever Boys fight for the league and the Nedbank Cup.

"We believe we can still compete for the league and we always motivate each other in camp, we just need to be consistent and work more hard," Motupa said.

"It has not been easy because we don't have time to rest, we play after every three days. So, it was not easy for us, that's why sometimes we were not at our best.

"The technical team is doing well to manage us. We are looking forward to competing in both the cup competition and the league."

Motupa missed Wits' last three matches due to an ankle injury but said he should be back in two weeks.

Meanwhile, fifth-placed Wits will travel to Mbombela Stadium on Saturday to meet fourth-placed SuperSport United in an Absa Premiership match.