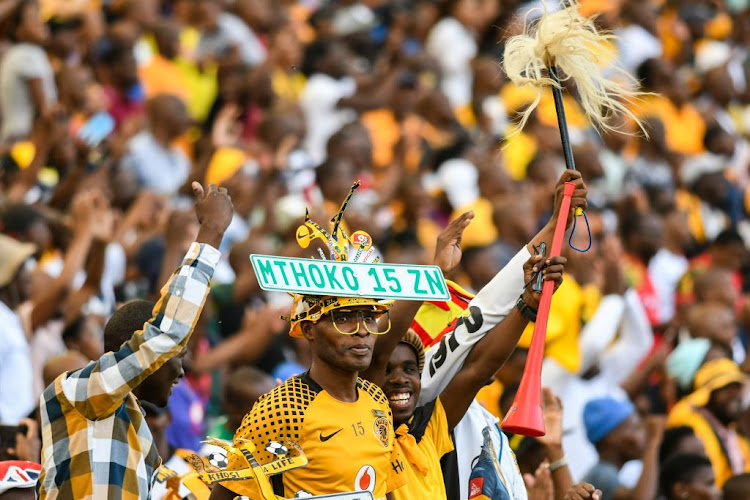 The Nedbank Cup Last 16 takes centre stage this weekend as the absorbing Absa Premiership title race has a breather.

There are always interesting pointers to look out for in SA’s FA Cup, which exposes the nation to teams they might not otherwise see in action.

SowetanLIVE looks at five talking points to ponder ahead of the weekend.

1) A true David vs Goliath showdown

SAB Regional League side Vaal University of Technology (VUT) will take on mighty Mamelodi Sundowns on Sunday in arguably the biggest mismatch since The Brazilians thumped Powerlines FC 24-0 in 2012 for what remains the heaviest defeat in South African football history.

But there is no suggestion there will be a result to rival that one after VUT knocked out top-flight Lamontville Golden Arrows on penalties in the previous round after a 2-2 draw, suggesting they have plenty of fight and more than enough skill for the David vs Goliath clash.

Should VUT pull off the seemingly impossible it will be the biggest shock ever in the domestic game, more so than Orlando Pirates’ 4-1 loss to third-tier Maluti FET College in 2013, and Kaizer Chiefs’ defeat to then third-tier Baroka FC two years previously.

Pitso Mosimane has already been to scout his opponents and declared them a “decent team”, saying he will give them the necessary respect at the Lucas Moripe Stadium.

The true costs of Kaizer Chiefs' home defeat to Maritzburg United at the weekend will be revealed when champions Mamelodi Sundowns host Bloemfontein ...
Sport
1 year ago

Ernst Middendorp has suggested he will not be swayed by media headlines on his decision of who to play at goalkeeper for Kaizer Chiefs between ...
Sport
1 year ago

2) History might not favour Kaizer Chiefs vs Highlands Park

Kaizer Chiefs might have made the final of the Nedbank Cup last year, but they have exited in the Last 16 more times (four) than any other round since the competition got its current name in 2008.

That will not weigh heavily on the minds of the players though as they prepare to face Highlands Park in Tembisa on Saturday, who they have beaten 3-2 and 3-0 already in the league this season.

But history has a funny way of repeating itself, which means they might wish to avoid a penalty shoot-out, having lost their last four in a row in the competition dating back 13 years.

The rider to that is that they won two shoot-outs in the Telkom Knockout this season, seeing off Cape Town City and Orlando Pirates.

Highlands Park have already been involved in three shoot-outs in this campaign, once in the MTN8 against Polokwane City, which they won, and two in the Telkom Knockout against Black Leopards (won) and Maritzburg United (lost).

3) Rise of the minnows

There had only ever been two teams from the SAFA structures in the Last 16 of the Nedbank Cup before this season, and so the sight of double that number, four, has raised a few eyebrows.

The Last 32 draw can play a role in that, but VUT and Northern Cape ABC Motsepe League side Hungry Lions defeated opposition from divisions above them.

Does it signal there is a closing of the gap between the amateur structures and the professional game?

This weekend might give us a clearer idea, as third-tier Amavarara travel to Black Leopards on Friday, Happy Wanderers host second-tier TS Sporting the next day and Hungry Lions travel to Baroka FC on Sunday.

VUT take on Sundowns at the same time. The amateur side to go the furthest in the competition was Baroka FC in 2011 when they reached the semifinals, and narrowly lost on penalties to Black Leopards.

But that Baroka team wasn’t half bad; they had the likes of Lantshene Phalane, Katlego Mashego, Khunadi Nkoana, Thobani Mncwango, Gift Motupa and Thabiso Kutumela, who would all go on to play in the PSL.

Ernst Middendorp has suggested he will not be swayed by media headlines on his decision of who to play at goalkeeper for Kaizer Chiefs between ...
Sport
1 year ago

4) Wits will hope for a routine win after cup thrillers

Wits will host Chippa United in the Nedbank Cup for the second season running, with their quarterfinal clash in 2019 going down as one of the most epic domestic encounters in recent years.

Wits were 3-2 up heading into injury time at the end of the game, before Ruzaigh Gamildien netted for Chippa to send the game into extra-time.

Chippa then took the lead through Rhulani Manzini, before Deon Hotto levelled again to leave the score at 4-4.

The Eastern Cape side took the shoot-out 5-3 on a breathless evening. Wits’ next game in the Nedbank Cup was in the Last 32 this year which ended 3-3 against Orlando Pirates before they won the shoot-out, meaning there have been 14 goals scored in their last two encounters in the competition.

Their past three games have in fact gone to penalties, as they also beat Black Leopards on spot-kicks in the Last 16 in 2019. Speaking of history repeating itself, the first attempt to play that game was abandoned just before halftime due to heavy rain in Thohoyandou.

And when the same two teams were due to meet in Johannesburg earlier this month, the match was postponed due to rain and lightning.

5) Can Maritzburg keep their run going?

Bloemfontein Celtic don’t lose many at the Dr Petrus Molemela Stadium these days with only two defeats, to Mamelodi Sundowns and AmaZulu, in their last 13 home games.

But if there is one side which has their number in Bloemfontein it is Maritzburg United, who have won on three of their last four visits, all by 1-0 scorelines.

That will suit United coach Eric Tinkler just fine, with the sense that something is brewing at The Team of Choice.

They have already made a cup final this season, where they were unlucky losers in the Telkom Knockout decider against Sundowns, and away wins over Bidvest Wits and Kaizer Chiefs in the last week suggest they are finding the right formula.

Maritzburg are only six points off second in the league table, and having lost in the final of the Nedbank Cup in 2018, have some recent form in the competition.

Certainly, everything suggests they might be an outside bet again.