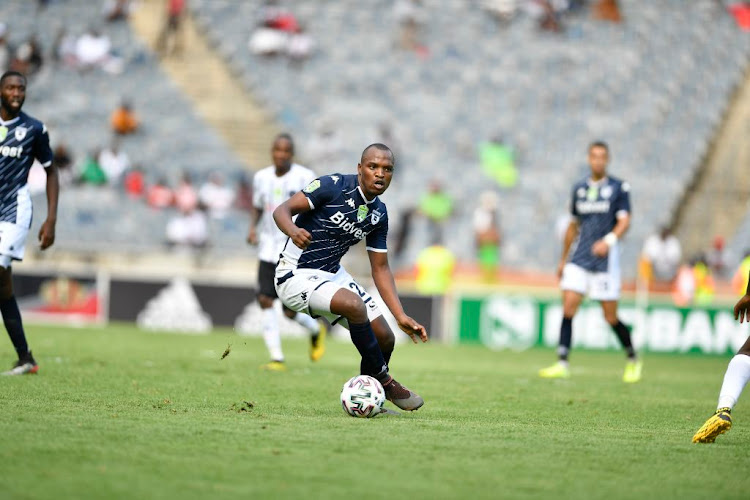 Mosimane has never hidden his admiration for Wits' leading goal scorer and Hunt said the player has lost focus as the attention intensified.

Wits worked around the clock to keep Motupa away from free-spending Sundowns during the January transfer window and reportedly turned down a R22m offer for the 25-year-old former Orlando Pirates and Baroka FC man.

“Obviously it is important to keep Gift,” said Hunt when asked how Wits managed to hold on to their best player during the transfer window.

“I saw a report in the paper today that is really disturbing from another coach about our player, about us turning down a certain amount of money,” said Hunt in a veiled reference to Mosimane.

“It’s a disgrace you know. That thing should never be like that.”

Wits advanced to the last 16 round of the Nedbank Cup after a penalty shootout win over Pirates at Soweto's Orlando Stadium on Sunday.

Motupa came off the bench to score the equalising goal in the last kick of the match in a thrill-a-minute 3-3 draw against the Bucs after extra time.

The player may have scored 12 goals in all competitions this season, but Hunt insisted that his star striker has lost focus in the midst of the relentless talk about a potential move to Sundowns.

“The boy’s head is in a cloud because of all the talking from everybody you know. It’s disappointing,” said Hunt.

“It’s very difficult for us to get players locally. I don’t know what’s happening with the market,” Mosimane was quoted as saying by the Daily Sun.

“We don’t get the players we want.

“The price for us to buy is totally different to the price for other clubs and that makes it difficult. It doesn’t make financial sense.

“Is there anyone who can buy a player from us for R15m? If not, then it should be the same for everyone,” said Mosimane.

“Nobody wants to buy from us. Do you remember any player who was bought from us? We are the ones who are buying.

“I’m not disrespecting other teams here. But really, who is worth R22m? How much is he earning monthly? I’m just saying.”

Wits return to Absa Premiership action for the first time in three weeks when they host Maritzburg United at Johannesburg's Bidvest Stadium on Wednesday, as they catch up on fixtures.

Ruzaigh Gamildien’s scorcher for Chippa United against TS Galaxy in the Nedbank Cup on Wednesday was a timely reminder of his qualities as he seeks ...
Sport
1 year ago