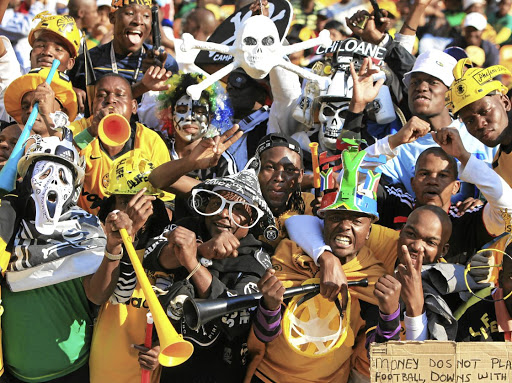 Tomorrow's Soweto derby is the one of most anticipated in recent history as Pirates and Chiefs bid to unseat Mamelodi Sundowns at the top of Absa Premiership. / SIMPHIWE KWALI
Image: SIMPHIWE KWALI

Authorities have warned tsotsis and fans alike that no mercy will be shown to people trading in fake tickets at the Soweto derby.

The biggest headache organisers have ahead of the match between Orlando Pirates and Kaizer Chiefs is the sale of fake tickets.

About 90,000 spectators are expected to watch the spectacle at the sold-out event, however, concerns are that many more thousands will pitch up at the stadium precinct with fraudulent tickets.

"We urge fans not to buy tickets from unauthorised individuals.

"If you haven't got a ticket, then don't waste your money buying a fake ticket and spending more to go to the stadium," Grobler said.

Going to the Soweto derby in Durban? Here's what you need to know

The police and match organisers are beefing up security for the Telkom Knockout semi-final on Saturday to prevent a repeat of the Moses Mabhida ...
Sport
3 years ago

"The fake tickets will not scan at the gates because the barcodes have been duplicated. So, fans will be turned away should they come with these tickets."

The derby is not the only major event happening in the Nasrec area as music festival Ultra SA is also happening this weekend.

Johannesburg Metro Police Department (JMPD) spokesperson Wayne Minnaar said: "We would like to urge fans to arrive early at the stadium. There will be a number of road closures..."