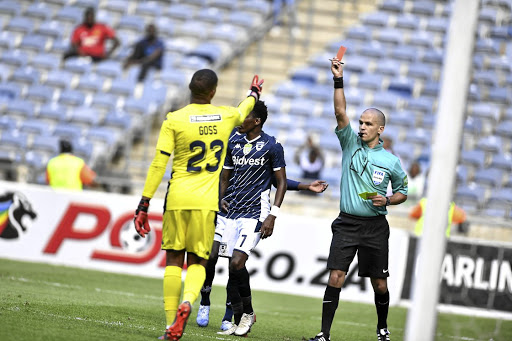 Safa's head of referees Tenda Masikhwa has hailed Victor Gomes as being among the best referees in Africa despite some of his questionable calls.

Gomes is without doubt the most polarising referee in the country, as he is known for his propensity to award penalties and flash cards with abandon.

Despite this, CAF chose Gomes to officiate the Super Cup final at the Thani bin Jassim Stadium in Qatar on Friday. Fellow South African Zakhele Siwela has been chosen as one of the assistant referees.

"It's a positive step to have two of our officials being selected for the final. If you look at what happens on the continent you will find that our referees are getting important matches," Masikhwa said.

"This means they are held in high regard on the continent and that we are on the right track. It means CAF have seen something good in them, which is why they have been signed to officiate a match of this magnitude."

On Sunday, Gomes came under fire for his officiating in the clash between Orlando Pirates and Bidvest Wits in the Nedbank Cup. In that match, he made a number of questionable decisions including incorrectly awarding Wits a penalty, missing another penalty call when Gift Motupa was clipped and handing a red card to Elias Pelembe and Wits assistant coach Paul Johnston, plus five yellow cards to Wits players for protesting against another penalty decision.

Masikhwa has come to the defence of Gomes and challenged him being labelled controversial.

"I would beg to differ with people who think he is controversial. Him being chosen by CAF for the final shows that he is one of the best referees on the continent. If he was controversial I don't think he would be doing these games."

Masikhwa added that wrong decisions are dealt with by the Safa review committee.

"Of course wherever there are mistakes, they are addressed in our workshops. We have the review committee that sits on Tuesdays and Thursdays where they look at all the weekend matches."

Jomo Sono on the standard of officiating in the NFD: 'You can smack a referee'

Jomo Sono has decried the standard of match officiating in the GladAfrica Championship‚ saying some referees are so bad‚ and in some cases apparently ...
Sport
1 year ago
Next Article