Gavin Hunt banks on away form 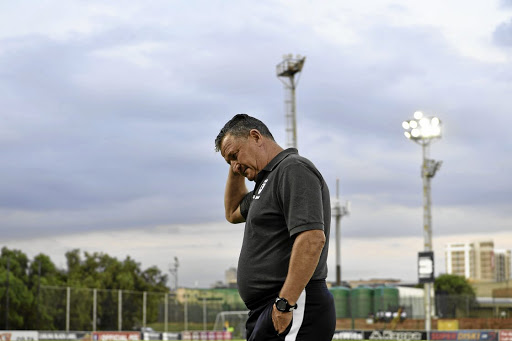 Bidvest Wits coach Gavin Hunt will be banking on his good away record when they visit Baroka in the Absa Premiership match at Peter Mokaba Stadium tomorrow (3.30pm).

After a disappointing 1-0 home defeat to Maritzburg United on Wednesday, Hunt is now looking at the away form to inspire them to get back to winning ways.

Despite losing their last away league game to Cape Town City on January 18, the Clever Boys have been better on the road compared to their home form this season.

From their eight games on the road so far, the Clever Boys earned 17 points of their current total of 30 from 16 games.

At home, Wits have lost three, while losing once away and this is the reason Hunt is looking forward to play Baroka in Polokwane.

Bidvest Wits coach Gavin Hunt played down his team’s tough scheduling going into the game after they lost 1-0 to Maritzburg United in a blow to their ...
Sport
1 year ago

Bidvest Wits coach Gavin Hunt fears his thin squad could crash and burn as they chase glory on two fronts in the Absa Premiership and Nedbank Cup.
Sport
1 year ago

"I think we are better away from home. Much better.

"This place [Bidvest Stadium] is not good for us, we lost all our three games here. The pitch is heavier," Hunt said.

A boost for Hunt though, is that Baroka have been miserable at home this season having won two in 11 matches with five defeats and four draws. But Bakgaga will be rejuvenated after they defeated their local rivals Polokwane City in the Nedbank Cup last 32 on Tuesday.

Baroka coach Dylan Kerr said they want to take that cup form to league matches starting with Wits tomorrow as they look to move away from the relegation zone.

"It is going to be tough, Wits still have a chance [to win the league]. We just have to prepare the way I know we can prepare to play them," Kerr said.

"Every game that we play will be a cup final now. We have to make sure that we win."

Both teams are desperate for maximum points with Wits still hoping to catch log leaders Kaizer Chiefs while Baroka, with 20 points from 21 games, are looking to move away from the danger zone.