Baroka to fight for their coach 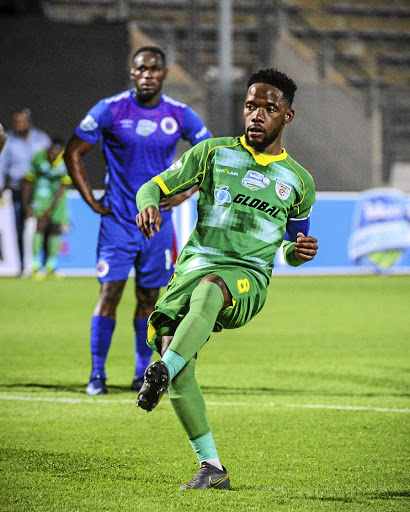 Having proclaimed themselves as title challengers at the start of the season, things have not been going well for Baroka, with five defeats, two wins and two draws after nine league outings.

Bakgaga have lost their last four league games. Their last league success came in September, beating provincial rivals Black Leopards 2-0. The streak of poor results has sparked talk that the club will sack coach Wedson Nyirenda, should he lose tonight. However, the club's chairman Khurishi Mphahlele dismissed this rumour.

While pleading ignorance to speculation that a defeat tonight could cost Nyirenda his job, Baroka captain Mduduzi Mdantsane is backing the Zambian to turn things around.

"Coach Wedson is the best. I do not know about the rumours that he could be fired, but what I know is that we are willing to fight for him, we will do our best to keep him," Mdantsane told Sowetan yesterday.

"We are a team that never give up. We keep on pushing until we get it right. Winning against Sundowns will mean that we've turned the corner, I think."

Mdantsane expects Downs to come out guns blazing at them.

"Sundowns are a team that's all about attack, so I feel they will come at us hard. But we are ready for the challenge."

The lad from Leslie, near Secunda, Mpumalanga, reasoned that their recent dismal display was due to bluntness in front of goal. Mdantsane further stressed the importance of collecting as many points in the first round of the campaign as it becomes tougher in the reverse one.

"We are not doing well up front. We are missing easy goal-scoring chances, that's our main problem. We are working hard to fix it because in the second round of the season it's very difficult to pick up points. we must collect now."