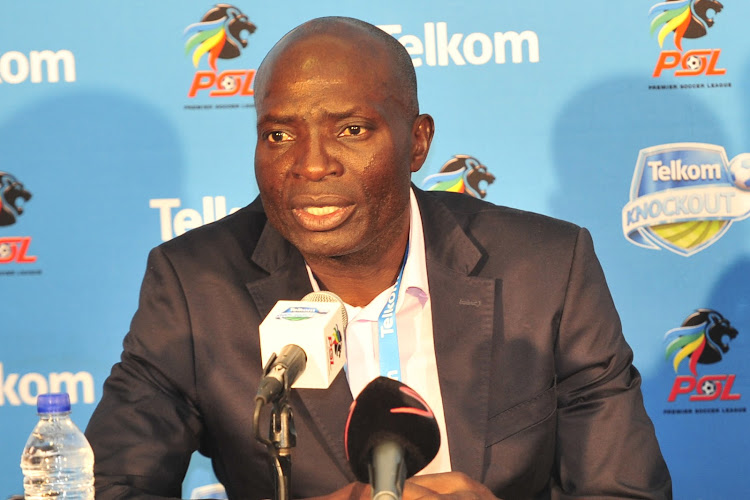 Wedson Nyirenda said Baroka FC took a gamble by not beefing up the squad in the second round of the season but the Zambian coach was thankful that it paid off as Bakgaga survived relegation by the skin of the teeth on the final round of fixtures on Saturday.

Baroka came from a goal down at home against fellow relegation candidates Maritzburg United at the Old Peter Mokaba Stadium in Polokwane to earn a draw that kept them in the top flight by a whisker.

Fortune Makaringe had Maritzburg believing as they went into the half time break leading but Baroka captain Mduduzi Mdantsane made things tense with an equaliser halfway through the second half.

Fortunately‚ the 1-1 draw was sufficient to keep both clubs in the Premiership.

“We took a big gamble and it has worked for the team and these are the future players‚” said Nyirenda after the match.

“We have not beefed up in the second round and we went on with the same players. I think that killed us because most teams did sign players during the second half of the season.”

Like Baroka‚ Maritzburg went into the last round of Absa Premiership matches with the axe hanging over them.

“I think it has been an interesting season full of positives and negatives but I think we have to learn from both. Yes we congratulate the players‚ young players for that matter‚” said Nyirenda.

Baroka started their campaign with a host of relatively unknown and young players signed from the lower ranks with a sprinkle of top flight experience.

Nyirenda himself has had to defend his team and the management at the beginning of his tenure at Baroka with fans questioning the depth and quality of the squad.

“It is about building. I think we were building and it has worked for us. I think mostly we have the under 19s and 20s and it is good for South Africa.

“We have given them the platform and they have to grab it with both hands and use it well‚” said Nyirenda.

Nyirenda paid tribute to his troops and said the team’s ability to retain their top flight status is something to celebrate for the club.

Baroka upset the odds and beat Orlando Pirates in the Telkom Knockout final in December to become the first team from Limpopo to win a knockout competition.

“They came to play and compete in the PSL‚ they account for themselves like this and they get the trophy (Telkom Knockout) for themselves and for the people of Limpopo I think it is wonderful. It is magnificent."

Baroka finished the season in 14th place out of 16 teams with 29 points from 30 matches that included just six wins‚ 11 draws and 13 defeats in a dismal league campaign.