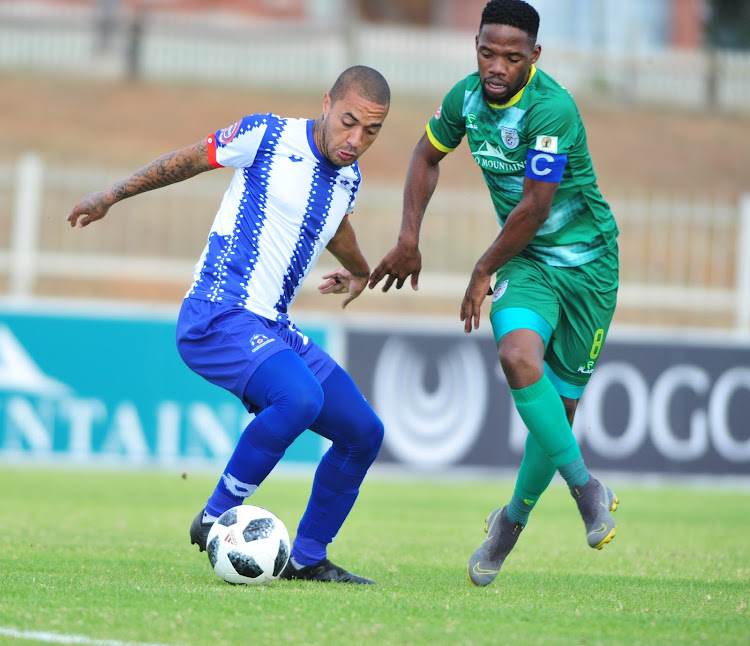 Baroka FC survived automatic relegation by the skin of their teeth while Martizburg United will fight for their lives in the promotion/relegation playoffs.
Image: Kabelo Leputu/BackpagePix

Maritzburg United have a second big chance to beat relegation after drawing 1-1 against Baroka FC in the last round of dramatic Absa Premiership matches at the Old Peter Mokaba Stadium in Polokwane on Saturday.

Courtesy of their superior goal difference (-10) to relegated Free State Stars (-16), the Team of Choice will now fight for their place in the Premier Soccer League (PSL) in a play-off against Royal Eagles and Tshakhuma Tsha Madzivhandila, who respectively finished second and third in National First Division (NFD) log last weekend.

Mamelodi Sundowns were crowned league champions for the ninth time with their 1-0 win which condemned Ea Lla Koto to relegation.

The other teams that avoided the axe on the last day were Black Leopards who had to thank Isaac Masia’s 77th minute header which gave them 1-0 victory over Cape Town City in Thohoyandou to finish on 13th position.

The other biggest winners in relegation battle-laced matches were Chippa United whose 1-0 win over Kaizer Chiefs in Port Elizabeth moved them to finish on the 12th spot with 30 points.

The Chilli Boys win means Chiefs finished outside the top eight for the second time under the tutelage of German coach Ernst Middendorp, who returned to the Glamour Boys in December after poor start under Italian coach Giovanni Solinas.

The  Team of Choice began Saturday’s match still sitting  at the bottom of the Absa Premiership table but their draw moved them to 15th position, enough to fight for their lives in the play-offs.

Having improved after Eric Tinkler took over the reigns, Maritzburg will go to the play-offs in high spirits and feeling they have a chance of avoiding another drop to the wilderness.

Coming to this match, Maritzburg were favourites having won three and lost two of their last five matches as they closed the gap between themselves and the other four teams who reached the last day of the season still needing to confirm their status in the top flight of SA football.

Baroka, though, sitting on top of the five struggler's log with 28 points, had looked terrible in their 3-1 defeat away to Bidvest Wits last weekend.

Bakgaga were not expected to fight relegation after winning the Telkom Knockout in December beating Orlando Pirates, who again finished second behind Sundowns beside beating Polokwane City 3-0 in Orlando at Orlando Stadium on the same day.

Baroka coach Wedson Nyirenda blamed his players for the lack of appetite to fight in matches where they faced the so-called small teams but raised their tails in big matches.

The Zambian born coach will have his second season in the PSL next season if Baroka owners decide to keep him while looking to beef their squad which lacked experience in critical areas.

Leopards survived the tough way in Thohoyandou where they should have taken the lead in the first half when the league’s leading goal-scorer Mwape Musonda missed from the penalty spot before Masia’s header calmed the nerves of Lidoda Duvha fans who packed the Thohoyandou Stadium.

Musonda nevertheless finished as the league’s top scorer with 16 goals.