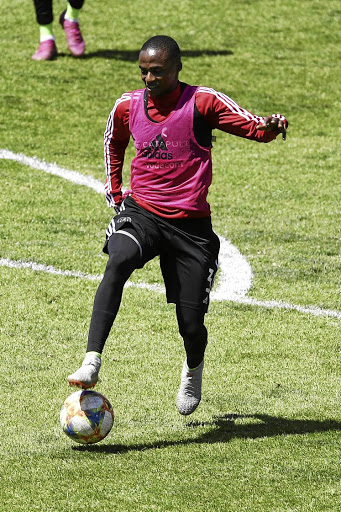 Orlando Pirates star Thembinkosi Lorch has revealed that he had a number of offers from overseas and admits to being disappointed that the move never materialised.

His performances for the Buccaneers and Bafana Bafana have earned him admirers abroad, but the transfer window closed last month without the move happening.

"Yes, I did have some offers from overseas but they were not good [enough] for me and the club," Lorch said.

"My focus is on Pirates. I have a contract with the club and I will honour that."

Winning the gong for best player in SA has in recent times been the golden ticket for Thulani Serero and Percy Tau to earn moves to Europe, but it seems Lorch has to wait a little longer.

Orlando Pirates remain adrift at sea following a sixth match without a win being held 0-0 by Lamontville Golden Arrows in Wednesday night's Absa ...
Sport
2 years ago

"A number of players have gone overseas after winning the Footballer of the Season [award] but I think my time will come," he said.

"I just have to continue working hard and the move will happen eventually, I hope. Obviously, it's any player's dream to play in a top league overseas."

The 26-year-old also revealed that he is looking for a new representative after parting ways with agent Mickey Paiva.

The sudden departure of coach Milutin Sredojevic hit the club like seismic wave from which the team is still looking to recover.

They were winless in the four games Rulani Mokwena has been in charge and will be looking to get a satisfactory result against Chippa United at Orlando Stadium on Saturday (3pm).

"We were disappointed because he is a coach who we got along with and had been working with for the past two years.

"But we have to move on and I believe the past two weeks have been good for us as a team to work on a few things."

Mthethwa a Buccaneer at heart