Mthethwa a Buccaneer at heart 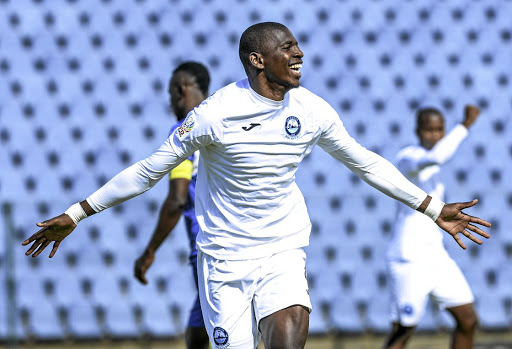 In the wake of Nyasha Munetsi's departure, many had tipped Mthethwa to pick up the baton and partner skipper Happy Jele at the heart of defence, having excelled at Richards Bay, where he was on loan the previous season.

However, again Bucs decided to ship the 22-year-old defender, but now to fellow top-flight side Chippa. Mthethwa has embraced going out on loan again, insisting he's still positive he'll come back and be a regular at the Soweto giants.

The Zimbabwe-born Munetsi joined French club Reims before the start of the season, and his exit has left Bucs a bit unstable at the back.

"Going out on loan is part of football, I did not take it badly . I accepted it. I always hope one day I will return to the team and play week in, week out," Mthethwa told Sowetan.

Orlando Pirates' stand-in coach Rulani Mokwena has said he will not use the limited number of training sessions he has had as an excuse for the rocky ...
Sport
2 years ago

"It won't be easy playing in the top flight for the first time in my career; the leagues are not the same. I have vast experience of playing in the NFD, but I still have to learn a lot of things now that I am in PSL."

Bucs have had some success when it comes to loaning out their promising players, with the likes of Innocent Maela (Thanda Royal Zulu), Thembinkosi Lorch (Chippa United) and Mthokozisi Dube (Bloemfontein Celtic) who returned from loans and cemented their spots in the Sea Robbers' starting line-up.

"Yeah, the club always loan out players, and we have seen what has happened to those players, so it is very much motivating," said Mthethwa.