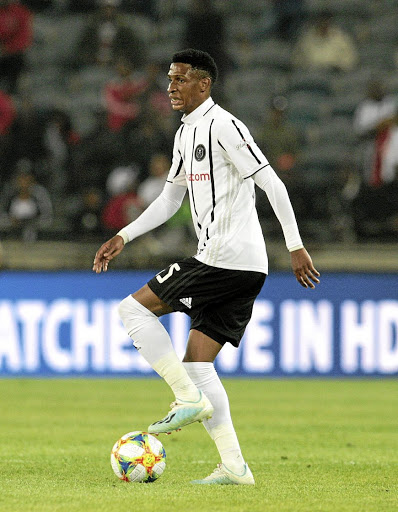 After a relatively good season last term and having settled in at Orlando Pirates, you'd expect Bucs ace Vincent Pule to target the coveted Player of the Season gong this season.

However, that's not the case as Pule emphasised that he's focused on the club's collective ambitions, downplaying any possibility of him vying for top individual awards at the end of the season.

"We have to start playing as a team, play for the team. Individually, it happens that you outclass your teammates, but that's something I am not focused on... individual brilliance comes second to me," said Pule.

The 27-year-old winger also reasoned why his blistering early form dropped midway through the last campaign. In the end, he contributed nine goals and five assists in 38 matches.

"Last season I started well personally, coming to a big club like Orlando Pirates, scoring goals... people talking about you, it's something great, but towards the end of the season, I collapsed... the knocks and injuries."

Bucs legends want silverware - will new kit be of help?

The former Bidvest Wits man also commented on the possibility of Pirates losing their main man Thembinkosi Lorch, PSL's Player of the Season.

"If we lose him [Lorch], like we lost [Brilliant] Khuzwayo to [forced early] retirement, I think we would have lost a player, a brother, but for him personally it'd be something great to go overseas," said Pule of Lorch who's been linked to French club Toulouse.

Pule and his Pirates teammates opened their league campaign with a 3-1 home victory over Bloemfontein Celtic on Saturday. The Soweto side would be eager to keep the momentum going when they visit Zambian club Green Eagles for the first leg of the CAF Champions League preliminary round fixture on Saturday in Lusaka, 290km north of their Choma home base.