No end yet for Orlando Pirates' trophy drought 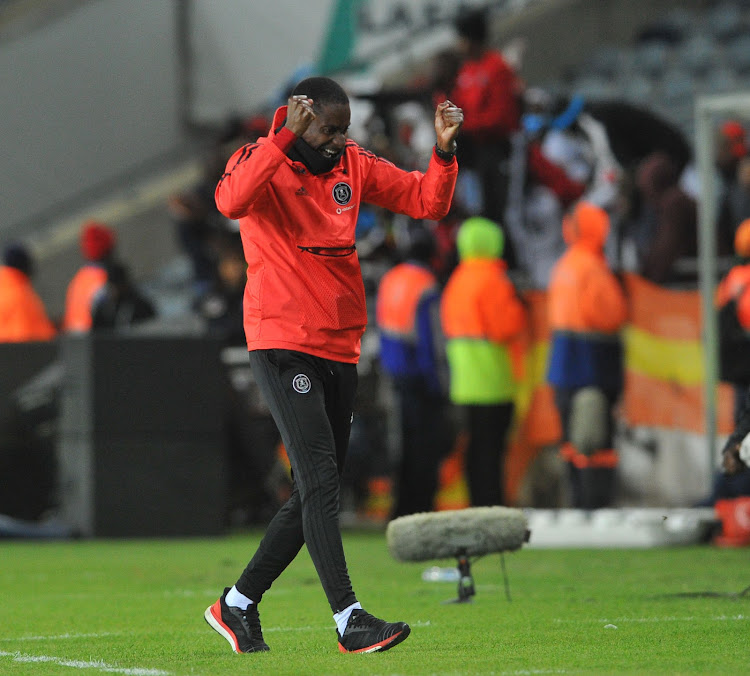 Orlando Pirates began life without coach Milutin Sredojevic on a wrong footing last night when they were knocked out of the MTN8 after a 1-0 quarterfinal home defeat against Highlands Park at Orlando Stadium.

Ndoro's ball caught the Pirates defence square and gave their goalkeeper Wayne Sandilands no chance of stopping it from kissing the roof of the net.

Sredojevic, who was in the final year of his three-season contract with the Buccaneers, resigned on Friday night.

Mokwena, who was often criticised for being hyper active on the Pirates bench during Sredojevic's time, had the whole touchline to himself with no one disturbing him when he ventured out to issue instructions to his charges.

The first minutes of this game were dominated by the visitors, who pinned Bucs into their own half and took a few pots shots at Sandilands' goal.

But the match later turned out to be a ding-dong, with the home side creating a few opportunities of their own.

Towards the end of the first 45 minutes, Bucs had two glaring chances falling on their ace winger Thembinkosi Lorch, but he too failed to beat Thela Ngobeni, making his debut in Highlands' goals after joining the the club in June.

Pirates' defeat means the trophy drought continues for the Soweto giants who last lifted the trophy in June 2014 when they won the Nedbank Cup.

Mohammed Anas got the opener and his replacement Charlton Mashumba finished off the job as Polokwane reached the semifinal for the first time.

Orlando Pirates coach Milutin "Micho" Sredojevic resigned because he is facing charges of indecent exposure after he allegedly tried to force ...
News
2 years ago
Next Article