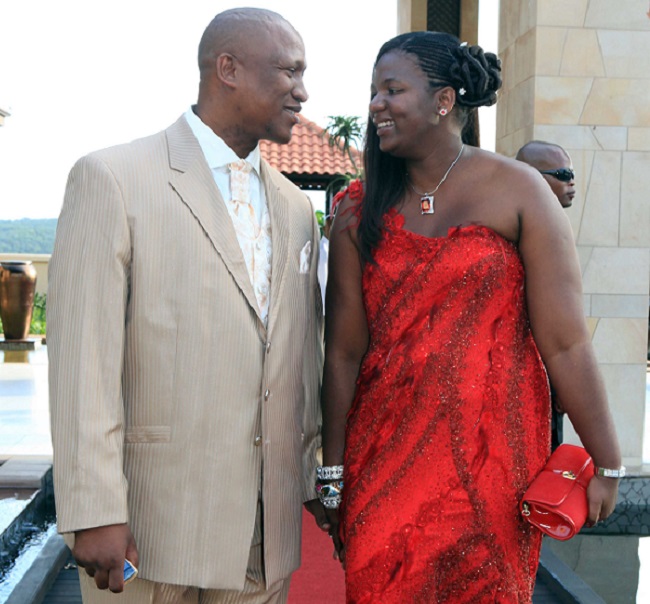 Amid Royal Eagles' protracted squabble over the ownership of the club, Sowetan has learnt that some players have been shown the door.

Eagles' chaos stem from a rather petulant divorce between co-owners S'bu and Shauwn Mpisane, leaving the second-tier side the ex-couple's massive bone of contention.

It appears S'bu is the registered owner of the club and Shauwn took a legal route to claim a share, but failed.

A source close to the situation revealed that a number of players who were signed by Shauwn during jolly days, have been sent packing.

"All the guys that were brought in by Shauwn have been dismissed, it's very bad because some of them were wanted by PSL teams last season but the club stood on their way," said the informant.

The club boasts a new manager in Richard Makhoba, who joined a few weeks ago, replacing James Dlamini.

Makhoba is believed to be close to S'bu. Admitting he reports to S'bu, Makhoba distanced himself from the talks that the club got rid of Shauwn's players.

"Yes I report to S'bu, but unfortunately I wouldn't know that [players signed by Shauwn have been released] because I am not in the camp and I have just joined . I am still trying to catch up. I've not released any player," he said.

As a result of this bitter quarrel, the Premier Soccer League (PSL) had to postpone Eagles' two opening league games against Mbombela United and Jomo Cosmos.

Club bosses refuse to sulk over snub.
Sport
2 years ago

PSL acting chief executive Mato Madlala could not be reached for comment to confirm whether the game between Eagles and JDR was going on as scheduled.

GladAfrica fixtures (all at 3pm)

PSL, Safa yet to receive complaint
Sport
2 years ago

The curator appointed late last month to take control of the assets of Sbu and Shauwn Mpisane, which are under attachment by Sars, was forced by ...
News
2 years ago
Next Article