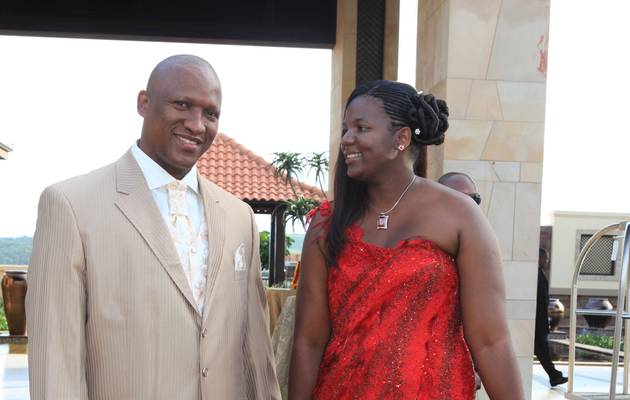 S'bu and Shauwn Mpisane are involved in an ongoing dispute with Sars.
Image: Jackie Clausen

A new curator has been appointed to take control of the substantial assets of S’bu and Shauwn Mpisane, which have been attached by the South African Revenue Service (Sars) as part of an ongoing dispute over what they and their Zikhulise Group owe the taxman.

Sars made two successful court applications, one in Durban and the other in Pretoria, in 2016, in terms of which their  assets were to be preserved to cover an alleged debt of R141m.

Curators Henk Strydom and Tshifhiwa Mudzusi were tasked with identifying assets, but said they were constantly hampered by the Mpisanes. Their luxury house in La Lucia had been stripped bare. High-end cars had been “sold” and the relationship between the companies in the group was complex.

In a strange twist, the men launched an urgent application in the Durban High Court on Wednesday asking that they be relieved of their duties because Sars had not paid them R800,000 for their services.

The fitness bunny penned a heartfelt note to her mom for being her rock...
News
3 years ago

In an even stranger twist, the application was supported by Sars, which claimed the curators were not doing their jobs, and a new proposed curator, Cloete Murray of Sechaba Trust, confirmed he was happy to take up the appointment, “even though Sars might pay me late”.

It was this that raised the ire of Shauwn Mpisane, who, in an affidavit before Judge Jacqui Henriques opposing the substitution, said it appeared Murray was a “hired gun” who would not be objective.

She questioned why he would be prepared to act without being paid and said: “This appears to be an unholy collaboration.”

S’bu Mpisane did not oppose the application. The couple have reportedly separated.

A Rule 43 application (pre-divorce maintenance hearing) set down in the high court last week did not proceed.

Lawyers for the two curators and Sars argued on Wednesday that the matter was urgent because Strydom and Mudzusi had said they were simply walking off the job at the end of February because of the non-payment issue.

Ben Swart SC, for the two curators, said Mpisane wanted the dispute to go on “for as long as possible” and there was a threat that the assets would, in the meantime, be dissipated.

Shane Dayal SC, for Shauwn Mpisane, said a similar application brought by Sars  last year had been struck off the roll for lack of urgency. He said that while “dilatory accusations” were being made against his client, the curators, who were supposed to be independent, had formed a “tag team” with Sars.

Mpisane also claimed in her affidavit that Sars had already made several concessions about what was owed. In fact, she said, in respect of PAYE and income tax, her companies were now due a refund. The amount of VAT in dispute was about R10m and this would be argued before the tax court later this year.

“The basis of the preservation orders have largely fallen away,” she said.

Judge Henriques granted the substitution order, saying she would give reasons for her decision later.