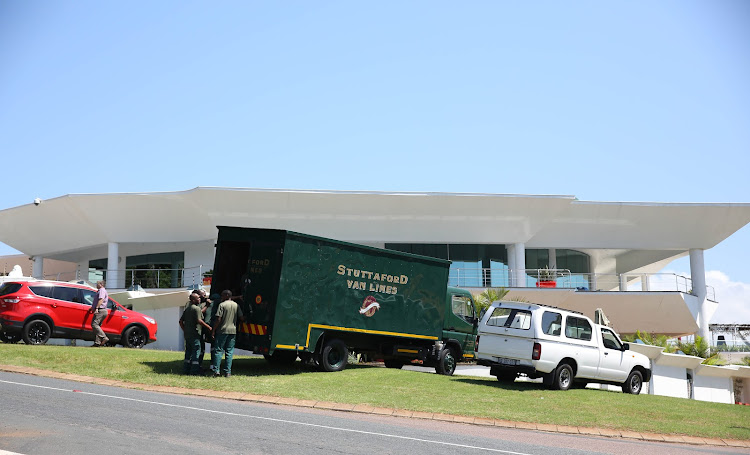 This in a bid to attach some of their assets in an ongoing dispute over what they owe the taxman.

It was the second time this week that Sars officials descended on the property, following a visit on Wednesday with heavily armed private security and Special Investigation Unit members who arrived in unmarked vehicles.

A Stuttafords Van Lines truck was parked outside the premises with a large contingent of staff members who were seen being briefed by their boss. However, the truck later left the premises while Sars officials remained inside.

The curator appointed late last month to take control of the assets of Sbu and Shauwn Mpisane, which are under attachment by Sars, was forced by ...
News
3 years ago

Sars is involved in an ongoing dispute over what the Mpisanes, and their Zikhulise Group, owe the taxman. Sars made two successful court applications — one in Durban and the other in Pretoria — in 2016, in terms of which assets were to be preserved to cover an alleged debt of R141m.

Curators Henk Strydom and Tshifhiwa Mudzusi were tasked with identifying assets but they said they were constantly hampered by the Mpisanes. Sars then withheld payment to them and they insisted they could no longer do their job.

But the new curator appointed to take control of the couple’s assets was forced by the court to leave their property and remove armed guards he put there to secure assets after a late-afternoon urgent application by Shauwn Mpisane in the Durban High Court on Wednesday.

Durban High Court judge Gregory Kruger also gave Shauwn Mpisane permission to revert to him personally if curator Cloete Murray failed to comply with his order. The judge warned Murray that he would have to show cause why he should not be found guilty of contempt of court and jailed for six months.