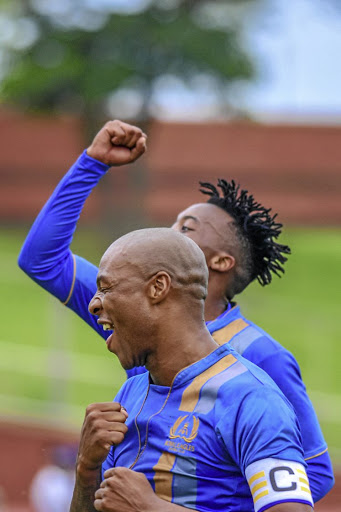 The outrageous rate at which third-placed Royal Eagles receive penalties in the national First Division (NFD) has triggered allegations of match fixing.

Eagles, owned by the wealthy Durban-based Mpisane family, have been awarded at least five penalties in 12 matches since January, with their skipper Philani Cele converting most of them.

Cele, a centre-back, now has 10 goals to his name and is the club's top-scorer.

Records show that four of his goals are penalties, with two in the first half and the other two in the second stanza. Eagles are now on 47 points, two adrift of leaders Stellenbosch.

A concerned NFD coach, who asked not to be named, whose team conceded a penalty against Eagles, has urged the Premier Soccer League (PSL) to investigate the KwaZulu-Natal outfit.

"The PSL must take action against Eagles... they must investigate this team.

"When you play against Eagles you already know you will concede a penalty or your player will unconvincingly get a red card. it's shocking. Maybe it's because NFD matches are not on television.''

Eagles coach Sazi Ngubane dismissed the accusation that they bribe match officials, insisting they deserve to be where they are on the standings.

Spurs in need of a miracle to survive.
Sport
3 years ago

"We are third on the log on merit; it's through our dedication and hard work. It's funny to hear people saying we are bribing referees. I sense jealousy,'' Ngubane asserted.

Quizzed how many penalties they've been given this season, Ngubane laughingly said "maybe four", but in reality there are more.

While conceding this matter has sparked an interest to scrutinise Eagles games, SA Football Association (Safa) head of referees Tenda Masikhwa confirmed no one has lodged a complaint about poor officiating in the NFD thus far.

"We have not received any complaint. If either NFD or PSL teams complain, they send their letter of complaint to the league. The PSL then forwards it to Safa. and we attend to the matter.

"I can say yes, it can be something that can spark an interest to observe Eagles games more than we usually do,'' said Masikhwa. PSL spokesperson Luxolo September also affirmed the league has not received any communiqué protesting against officiating in matches involving Eagles.

Meanwhile, the winner between Eagles and second-placed Ajax Cape Town at Chatsworth Stadium on Saturday will go top of the log as Stellenbosch will only play on Wednesday against TS Galaxy, who are in the Nedbank Cup action this weekend, facing Golden Arrows in the semis.

Fearing dubious decisions, some have called this top-of-the table clash between Eagles and Ajax to be televised, believing that would somehow guaranteed transparent officiating.