Final play-offs spot up for grabs 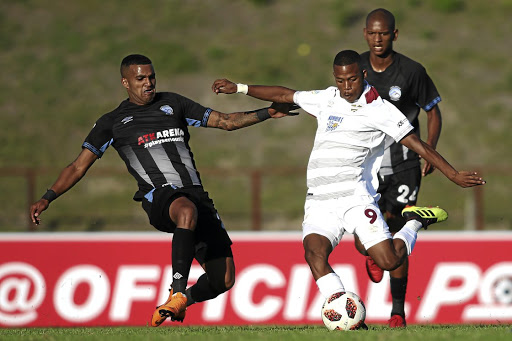 With Royal Eagles guaranteeing a top-two finish in the National First Division after annihilating the already-axed Witbank Spurs 3-0 at the weekend, the race for the remaining PSL promotion play-offs spot is only between Tshakhuma Tsha Madzivhandila and Ajax Cape Town.

On the last day of the NFD season on Sunday, leaders Stellenbosch need to win to ensure that second-placed Eagles do not have a chance to leapfrog them.

Stellies are on 55 points, two ahead of Eagles, meaning Eagles still have a realistic hope of sealing automatic promotion, provided Stellenbosch lose at home to Maccabi and Eagles beat relegation-threatened Ubuntu Cape Town.

Tshakhuma are third thanks to a superior goal difference. On the final day, the Venda club host Richards Bay, while Ajax travel to Mbombela United.

The Urban Warriors' play-offs ambitions took a huge knock at the weekend as they surrendered their lead to lose 2-1 to Uthongathi at home.

Meanwhile, at the tail end, one of Ubuntu, Jomo Cosmos, Real Kings or Cape Umoya will be joining Spurs in the lower league.

Twelfth-placed Umoya are on 34 points, three ahead of Ubuntu, who are three places below them. Kings are on 33 points and Cosmos are on 32.

A draw away to Pretoria University on Sunday will all but save Umoya. Ezenkosi travel to Spurs, while Kings visit TS Sporting.