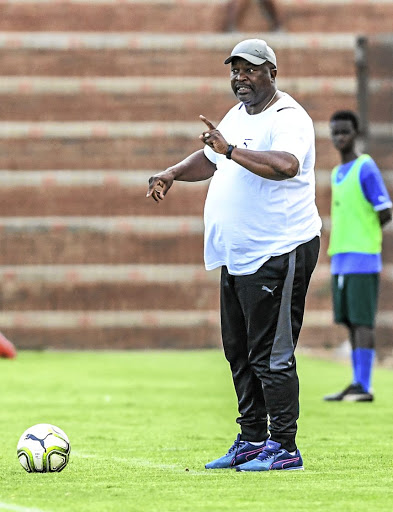 Teams in the second tier of SA football are eagerly anticipating the start of the revamped league this weekend.

The National First Division (NFD), which will now be known as the GladAfrica Championship, promises to be bigger and better in the upcoming season.

The new and improved league will see the champions bag a cool R3m - up from the previous prize money of R300,000. Clubs will continue to receive a grant of R350,000.

"We are just excited about the new season and we have been preparing for about six weeks now. For so many years this league didn't have a partner and that affected everybody," Sono said.

"Now it's going to be easier for the corporate world to come in and sponsor clubs because we will be on TV. I can assure you that the standard is going to go up."

Jomo Sono believes his one-time national team-playing prodigy Benni McCarthy is ready to coach Bafana Bafana‚ but has to be “surrounded by the right ...
Sport
2 years ago

Sono also praised the increase in the prize money, adding that they were playing for nothing in previous terms.

Clubs in the second tier have recently demonstrated just how hungry they are as they have competed toe-to-toe with their Absa Premiership counterparts.

TS Galaxy stunned the football fraternity in May when they became the first lower division side to win the Nedbank Cup title.

Galaxy boss Tim Sukazi says the GladAfrica Championship will be given the respect it deserves.

"This league is very difficult. It is a league that is very competitive. Many will see TS Galaxy as the team to beat, which will make it even tougher," he said.

The former player's representative adds that in future the Premier Soccer League (PSL) needs to look at increasing the grants.

Almost every local coach's name has been thrown in the hat to succeed Stuart Baxter as the national team coach.
Opinion
2 years ago

Fixtures (All start at 3pm unless stated)

Coach confident of win at Lesotho
Sport
2 years ago

Defeat on Sunday in the penultimate round of this National First Division (NFD) season could prove a death knell for Jomo Cosmos‚ as the once-proud ...
Sport
2 years ago
Next Article