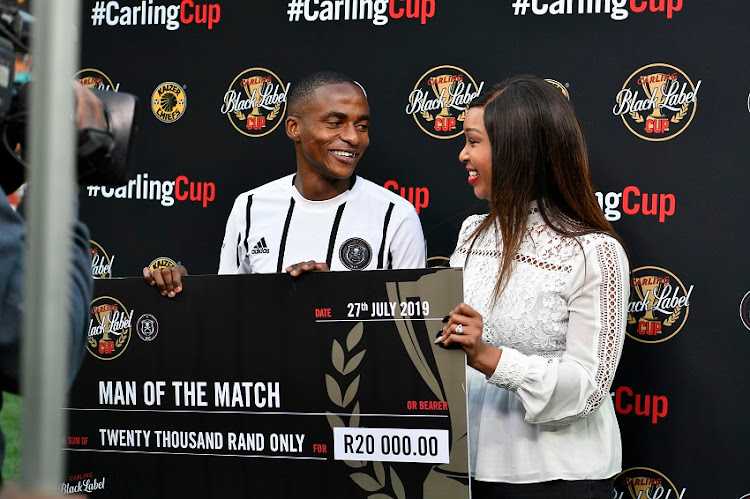 Former Orlando Pirates star Teboho Moloi says South African football's failure to identify talent from an early age is one of the reasons why Bafana Bafana star Thembinkosi Lorch never played for any of the country's junior national teams.

The 26-year old attacking midfielder‚ who is the current PSL Player of the Season‚ made his professional debut three years ago and played his first match for Bafana last year.

His stock has risen since scoring in Bafana's 1-0 win over Egypt in the Africa Cup of Nations recently and he has four caps to date.

“It is a problem that we are faced with in the country‚" said Moloi.

"Where was he while other young players were playing for the U17‚ U20‚ U23 national sides and learning.”

Moloi said Lorch’s lack of experience at international level could have backfired spectacularly against hosts Egypt as Bafana fought with their backs against the wall during the Africa Cup of Nations.

“He only surfaces now and we give him the huge responsibility of wearing the Bafana Bafana shirt and under huge pressure against Egypt at the Africa Cup of Nations‚" he continued.

"It was a dicey situation but the coach (Stuart Baxter) was somehow forced to play him and he did very well‚ which was a bonus.”

Lorch is one of many players who were missed at junior level despite their undoubted talent. Former Bafana and Mamelodi Sundowns star midfielder Surprise Moriri was in the same category and he once lamented the fact that he was discovered late in his career.

Moloi said Lorch's career path is very different to 29-year old Thulani Serero‚ who played for the under-17s and under-20s but missed out on the under-23s‚ before making his debut for Bafana in 2011 at the age of 20.

“You have a player like Serero who has played at junior level for South Africa and he knows the pressure and the opponents‚" he said.

"Some of the players that we faced against Egypt and Nigeria or even during the group stages‚ he might have played against them somewhere along the way during the junior national team tournaments while he was 17 or 20 years.”

“The kind of pressure that Lorch was put under in the match against Egypt would not have been anything new to Serero‚ but fortunately for us Lorch did very well in that game‚” said Moloi‚ who added that the Pirates star‚ who scored a wonderful goal in the pre-season Carling Cup during the 2-0 win over Kaizer Chiefs at the weekend‚ must be consistent.

“Another thing I said about him (Lorch) after he scored against Egypt was‚ is he a consistent performer at that level?

"You take from his performances at Pirates‚ was he consistent when playing in the Champions League?.”