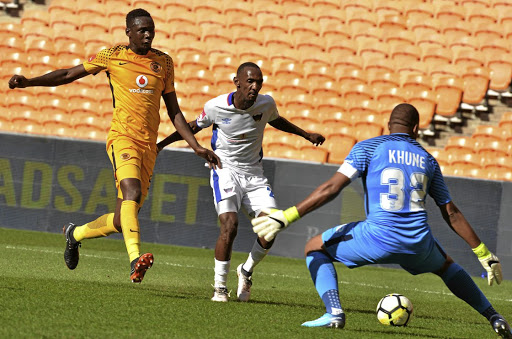 Chippa United coach Vladislav Heric believes the 3-0 win over Kaizer Chiefs proves he deserves to coach in the top-flight.

The Serbian has been in the country for over a decade, but he's mostly coached in the National First Division (NFD) for the likes of African Warriors, Black Leopards and FC Cape Town.

Despite helping the Chilli Boys with promotion to the Absa Premiership in the 2013/2014 season, Heric was snubbed for the position in the PSL and left the club.

He's back at least until the end of the season after replacing Teboho Moloi, and is on a mission to finish in the top eight and prove he can handle a Premier division team.

"Look, I've been around for 13 years now and spent most of my time in the NFD, but I've waited for the chance and it hasn't been given that much.

"But I kept on working hard as much as I could and wherever I work, I work like I'm coaching the best team in the country, so my work ethic was the same. I believed that one day I will get recognition and be back in the PSL," he said.

His first match was a 2-1 loss to Free State Stars in the Nedbank Cup on March 10 before they got their 1-0 revenge in a league match the next week.

"I would like to congratulate my players, the technical team and all people from the club for the effort we've put in," Heric added.

Chippa will be up against Ajax Cape Town on Sunday.