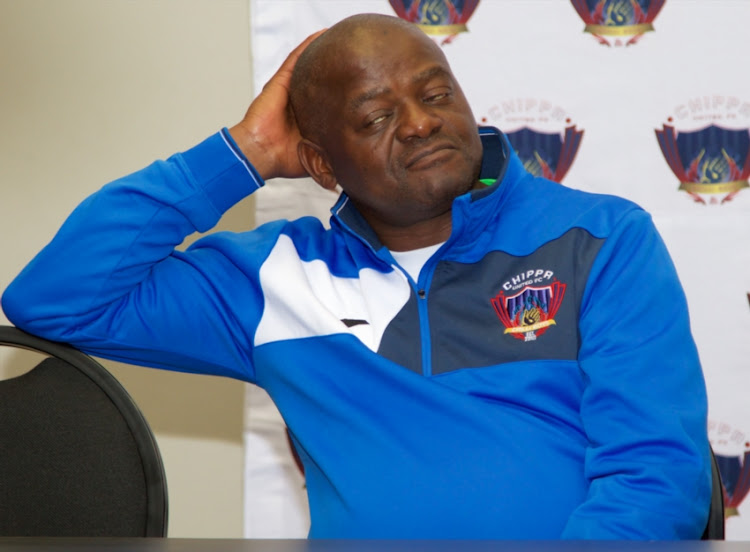 Dan Malesela has confirmed that he has been fired as coach of Chippa United three matches into the 2018-19 season.

Malesela confirmed that he had received a letter of dismissal from Chippa’s management on Tuesday night.

Chippa‚ yet to make a formal statement‚ are expected to hire former Orlando Pirates‚ Cape Town City and SuperSport United coach Eric Tinkler as a replacement.

“It’s embarrassing. To me and my family and the people who represent me‚” Malesela said.

“I mean I’m forever giving them [my representatives] the task of looking out for something for me. And it’s not fair on them also.”

Chippa started 2018-19 with two 2-0 Absa Premiership defeats‚ away against B Bloemfontein Celtic and at home to Orlando Pirates.

They drew their last match 2-2 against Black Leopards at Sisa Dukashe Stadium.

Malesela was in his second stint as coach of Chippa. He had returned to the club in the preseason.

Previously Malesela had been put on a “special leave” by Chippa‚ or essentially suspended‚ in April of the 2016-17 season‚ then reinstated for the last few matches.

He was then fired by Chippa’s notoriously combustible chairman Siviwe “Chippa” Mpengesi in September of the 2017-18 season and replaced by his assistant‚ Teboho Moloi.

Moloi was fired by Chippa in March 2018 and replaced by Vladislav Heric.

Heric became the club’s technical director‚ but was fired in returning from his holidays in Serbia in June.

Malesela had been reappointed coach of Chippa in late May.