Chippa United believe they can inflict damage on Kaizer Chiefs 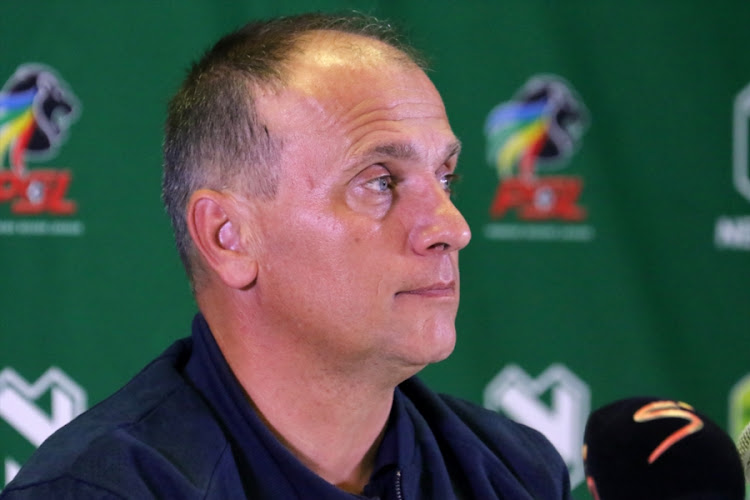 Chippa United have stayed behind in Johannesburg for their next Absa Premiership fixture against Kaizer Chiefs with coach Vladislav Heric confident the struggling Eastern Cape outfit can inflict some damage at FNB Stadium on Saturday.

“I do believe we will get some points from our next game and that we will avoid the unnecessary pressure of being dragged into the relegation fight‚” he said despite the 2-0 loss at Loftus Versfeld on Wednesday against log leaders Mamelodi Sundowns.

“We are very positive and have to go all out to get points because we want to avoid going into our most important game‚ against Ajax next weekend‚ being under any pressure.”

Chippa’s defeat saw them slip down to 13th in the table‚ six points above Ajax Cape Town‚ who are second from bottom.

“Beating Chiefs will be a bonus. We will work on getting some points out of the game. I thought the players over-respected Sundowns but I don’t think that’s going to happen against Chiefs.

“I’m not worried about the mental state of my players‚” said Heric‚ despite the loss to Sundowns in only his third game in charge since taking over from Teboho Moloi as Chippa coach.

“It’s more the physiological aspect that I’m worried about. But we are spending a few days here.

“We’ve come from sea level to 1800m of altitude and that means there will be some reaction for the players’ bodies.

“That’s my main worry and that means there is a lot of work over the next days for our physios and for our physical trainers.”

Chippa beat Chiefs the last time they met them in Port Elizabeth in December but Heric said he was not hanging his hat on history.

“I like history‚ but you can only frame it and put it on the wall. History doesn’t determine (the outcome of the) next game‚” he said.

“Rather‚ it’s about how ready you are‚ how you approach the game‚ how you come into it.

“Sometimes‚ history can be a problem because you go into a game thinking you will win it just because you’ve always won it before and then you lose.”

Chippa have stayed at a Johannesburg hotel since arriving to meet Sundowns and training in Auckland Park.

The Premier Soccer League (PSL) will oppose an attempt at an urgent interdict at the High Court on Tuesday morning by Ajax Cape Town on the referral ...
Sport
4 years ago

Orlando Pirates may be caught up in their bid to usurp Mamelodi Sundowns from the log summit but their clean-out of the Premier Soccer League monthly ...
Sport
4 years ago

The significance of Bidvest Wits and SuperSport United's participation in the CAF Confederation Cup is not lost on Premier Soccer League coach of the ...
Sport
4 years ago

The Premier Soccer League has said that a moment of silence will be observed at all matches in honour of struggle hero Winnie Madikizela-Mandela ...
Sport
4 years ago
Next Article